Protecting Our Winters And So Much More 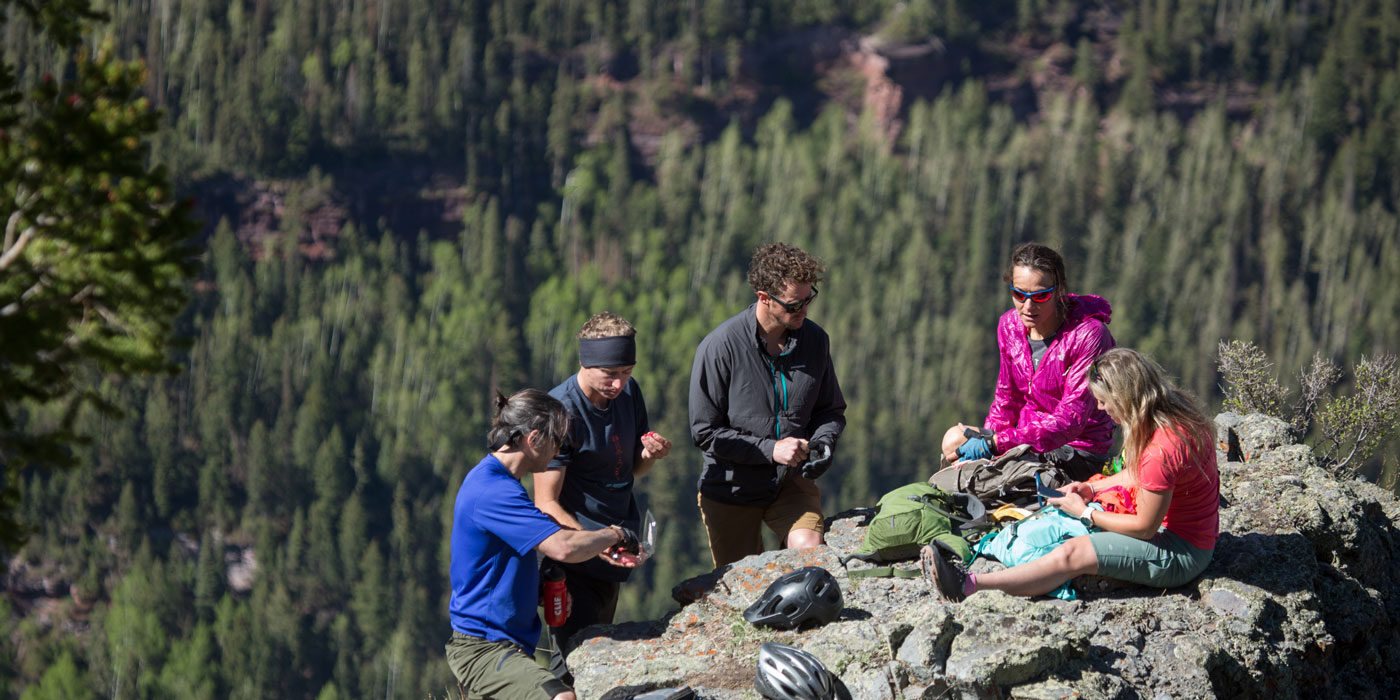 It’s true: CLIF Bar athletes are among the best in the world in their individual sports. They’re dedicated, hardworking, and insanely talented. But they’re also deeply passionate, not only about their adventures, but about giving back and using their voices to help make the world a better place. In October 2018, CLIF Bar is extending the CLIF CORPS program to our athletes, giving a handful of our athlete ambassadors the ability to support a nonprofit cause they’re aligned with and believe in wholeheartedly. Welcome to the second in a series of stories around how our athletes are making a difference in the lives of those around them.

“I love working with CLIF Bar,” says big mountain snowboarder and founder of Protect Our Winters, Jeremy Jones. “Not only does it give me the necessary fuel to do what I do in the mountains, but they also help me be a good citizen.”

Jones, a 2012 National Geographic Magazine “Adventurer of the Year” nominee, has been a true pioneer in his sport of backcountry snowboarding for a couple of decades. But, more importantly (as he’ll tell you), he’s used his platform as an athlete and a leader to dive deep into environmental activism. Since launching Protect Our Winters (POW) in 2007, he has grown the nonprofit to having an international voice — with over 130,000 supporters worldwide and growing. “I started Protect Our Winters to turn passionate outdoor people into climate activists,” says Jones. Currently, he says, the biggest fight is on Capitol Hill.

“I would have never thought I would be going to Washington, D.C., as much as I am, and meeting or spending so much time with elected officials,” says the 43-year-old. “But it's clear that we really need policy changes at the federal level to reduce massive amounts of carbon emissions.”

“As winter sports athletes, we are out there every day,” he adds. “We don't need to see or read the latest UN climate report to tell us that climate change is happening now.”

Aside from lobbying to fight global warming, Jones has been engaging fellow athletes from a variety of sports, on the snow and off, to join the mission.

This past summer, Jones hosted a Protect Our Winters Athlete Summit with a range of CLIF Ambassadors, like snowboarders Forrest Shearer and Elena Hight, ski mountaineers Caroline Gleich and Hilaree Nelson, and trail runner Dakota Jones. The snowboarder Jones (as opposed to the trail runner) holds a summit annually, but says that this year they really “upped” the educational aspects by having scientists and various experts on hand to empower the attending athletes to give talks on the subject of climate change themselves.

“The single most important thing the athlete needs to take away from the summit is: there’s urgency on the issue,” says Jones.

Fellow on-snow shredder Nelson feels the urgency and is doing her part. Last winter, Nelson spoke on a panel on behalf of POW with Al Gore at the World Economic Forum. “POW is a political advocacy group that gives athletes like myself the proper tools to educate on climate change,” says Nelson.

At this summer’s Athlete Summit, Nelson helped give attending athletes the tools to present on a political and environmental basis themselves. “I think athletes are great advocates for fighting against climate change and educating about climate change because we have lived it, we’ve seen it firsthand, and are out in the snow everyday — that’s our lives,” she says. “And we can share those stories with people who don’t have that same experience, and through our passion, create passion in others to learn and take action to effect change.”

Through its education of influential athletes, social media presence, and on-the-ground political activism, POW is making big moves, with Jones leading the charge.

“Being a CLIF CORPS athlete not only helps me excel in my sport,” Jones says, “but also excel in my community.” (And that he is. We love you, Jeremy.) The CLIF CORPS program is awarding Jones money to put back into Protect Our Winters to further spread the word.

“The studies show that most people believe that climate change is happening and want to embrace the solutions,” says Jones. “We don’t believe it should be a political issue. Right now, it is.”

Both Nelson and Jones implore anyone and everyone to vote. “This isn’t a Republican/Democrat issue, this is an issue for everyone,” says Nelson. “If you want to breathe air, if you want to raise your children in a healthy world, this issue is for you.”

Jones adds, “It doesn’t matter what side of the aisle you're on. We all want to enjoy the outdoors. We all want healthy winters. Climate change is really not a partisan issue. It's something we can all get behind.”

It’s true: CLIF Bar athletes are among the best in the world in their individual sports. They’re dedicated, hardworking,… 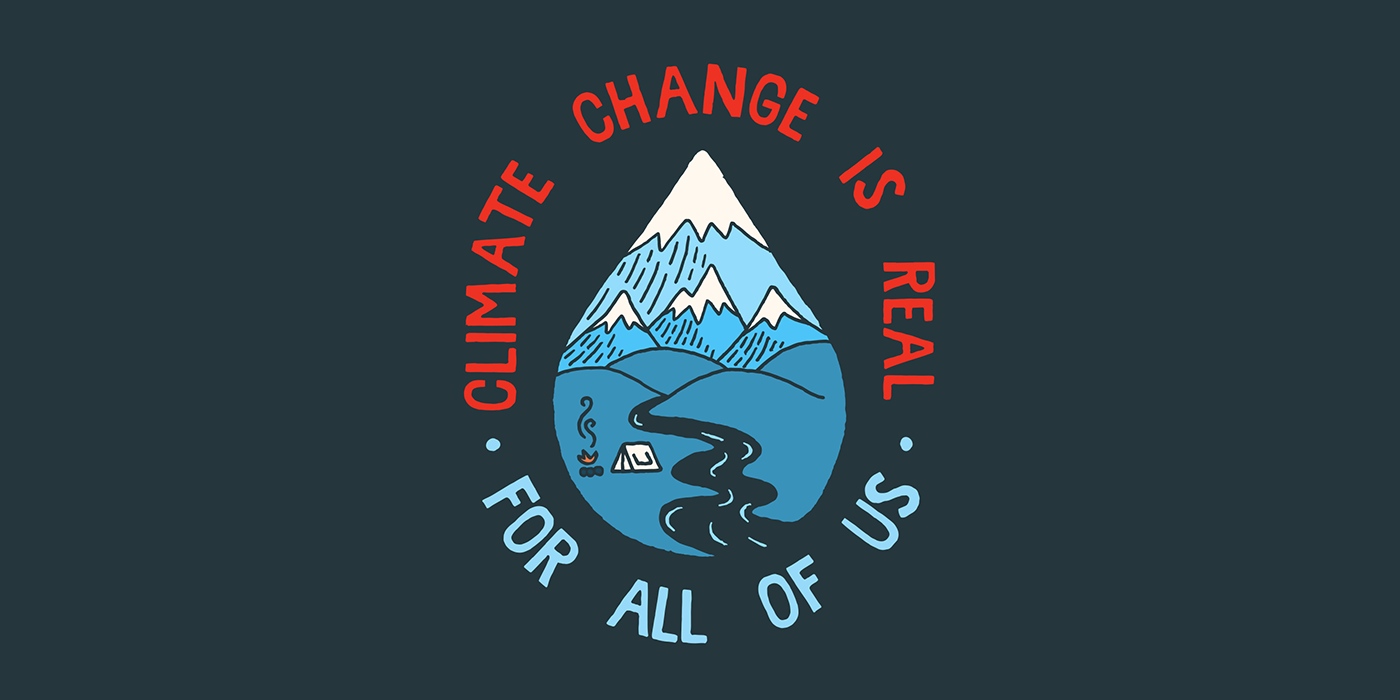 Climate Change Is Real For All Of Us

Climate change affects us all, and we all can be part of the solution. Let’s work together to raise the bar and protect…