Dreams Grow on an Urban Farm 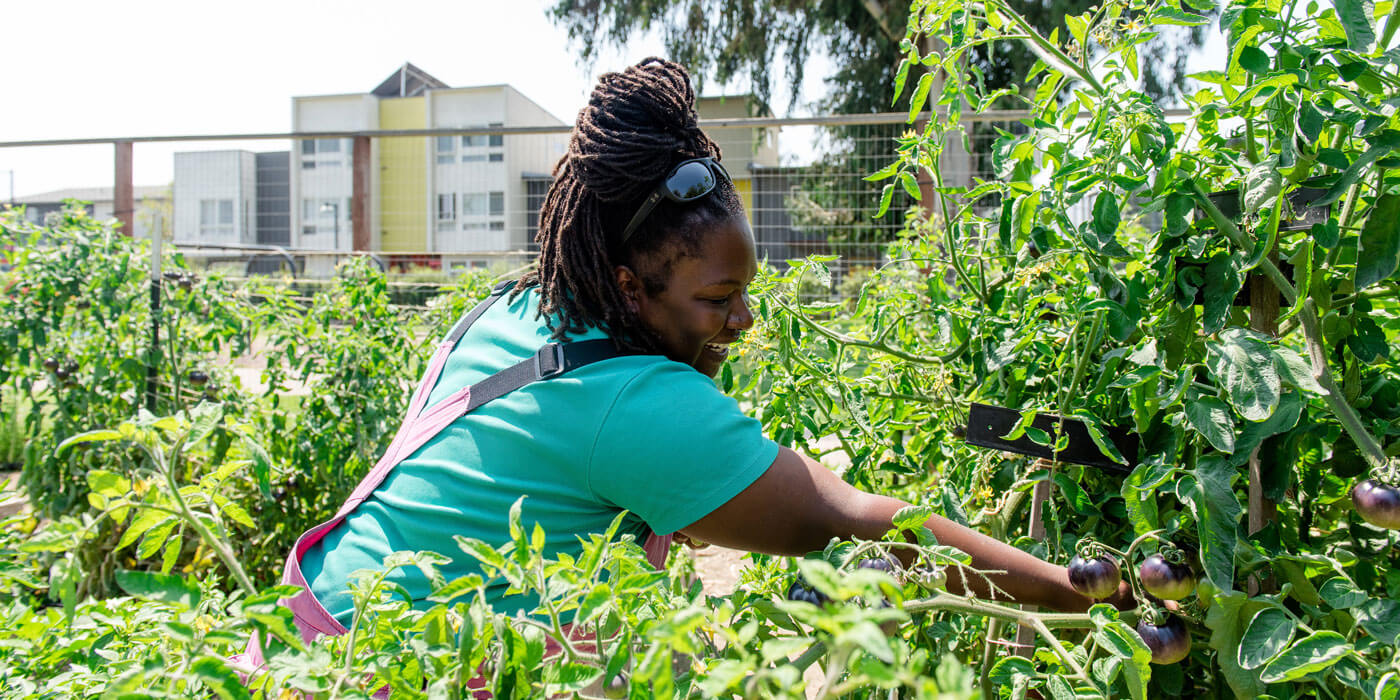 Clif Bar at its heart is a food company. We’re lucky enough to work with and support some of the most inspiring change-makers in the industry—individuals on their own personal journeys who align with our commitment to make a healthier and more sustainable food system. This is the story of one of those change-makers.

Kelly Carlisle loves growing food. Her joy is contagious as she walks a visitor through the quarter-acre farm in East Oakland, California, a low-income, mostly African American and Latinx neighborhood, pointing out favorite plants along the way. The small farm is the hub of Kelly’s nonprofit, Acta Non Verba: Youth Urban Farm Project.

Strolling past raised beds of peppers, strawberries, and five varieties of tomatoes—including an eye-catching black variety known as Indigo Apple—she stops at a pomegranate tree: “Each stamen dot will become a seed. This is my favorite plant.” Then she moves onward past a bright bed of sunflowers before stopping to admire neat rows of summer squash: “We grew them all from seed. I’m so proud of these.”

Kelly didn’t always have a passion for food. An East Oakland native, she moved at age 10 with her family to Berkeley, a foodie’s paradise that’s a short distance (yet far cry) from the food desert of East Oakland. “All my friends were always talking about food,” she recalls. “I thought, ‘Who cares where it comes from—it’s good and it’s in my body.’”

All that changed years later after working as a cruise ship steward, serving a stint in the Navy, and then getting laid off from a corporate job during the 2008 recession. Unemployed and unable to afford day care for her then 3-year-old daughter, Kelly and her toddler went to beat the heat one day at an air-conditioned store with a nursery section. “I came across a lemon tree with one lemon on it, stared down at it and connected,” she remembers fondly. “To see the lemon growing on the tree was like, sigh. I purchased the tree, it produced two more lemons, and I was in love. It was like a whole new world opened up. I couldn’t find a job in the corporate world, but I could grow food.”

Around the same time, Kelly began reading a growing number of articles about Oakland that cited the city’s high rates of crime, teen prostitution, and school dropouts. She wanted to find a way to help Oakland’s youth build their futures and get to college—and to do so using her newfound love of gardening. (After buying the lemon tree, she went on to be trained as a master gardener.)

With local support, Kelly founded Acta Non Verba (Latin for “Deeds Not Words”) in 2010, starting the farm on city parkland in 2011. Local youth ages 5 to 13 do the bulk of the gardening and help grow the farm’s food after school and at summer and holiday camps. For many, it’s their first experience on a farm; sometimes the first time they’ve ever realized how food actually grows. 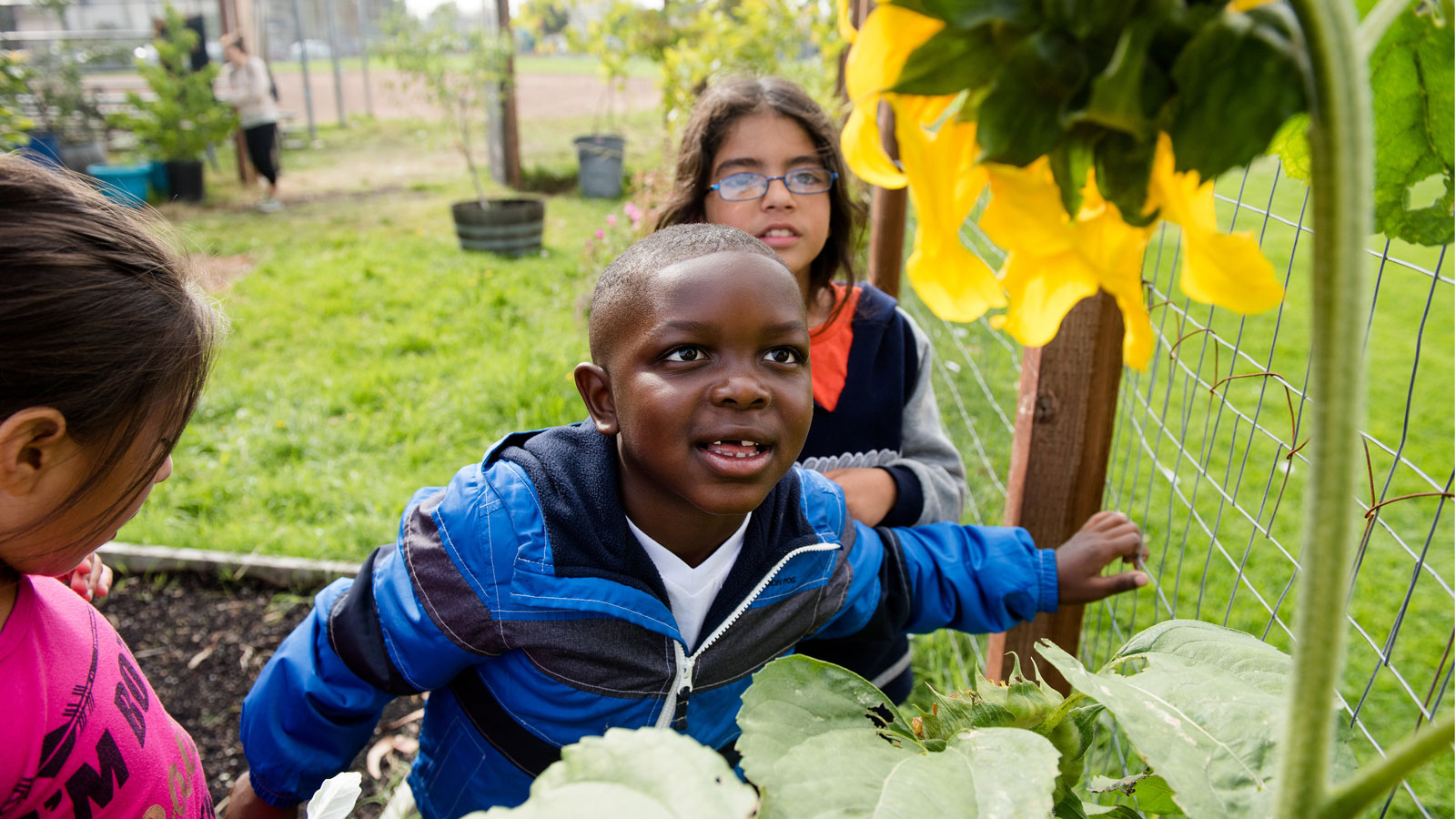 “It’s fun,” says Jameque, 8, of her time at a summer camp on the farm. “I harvest onions. It’s great!” Adds fellow camper Amare, 7, “I like farming because you get to pick plants and eat them.”

Children in Acta Non Verba’s programs don’t just learn how to farm using organic practices—they’re also taught about nutrition, cooking, careers in agriculture, fitness, and financial literacy. The food harvested from the farm is sold locally through a CSA, with all proceeds placed into individual saving accounts for kids who participate in planning, planting, harvesting, and selling the farm’s food at least four weeks a year. The funds in the accounts, administered by Acta Non Verba, must be used for educational purposes—like buying a laptop or taking piano lessons or preparing for the SAT.

In 2016, eligible youth earned a total of $4,000 for their savings accounts—about $172 per child. “Studies show that youth are six times more likely to attend college if they have a savings account,” explains Kelly, whose daughter, age 13, checks her own account balance every month. 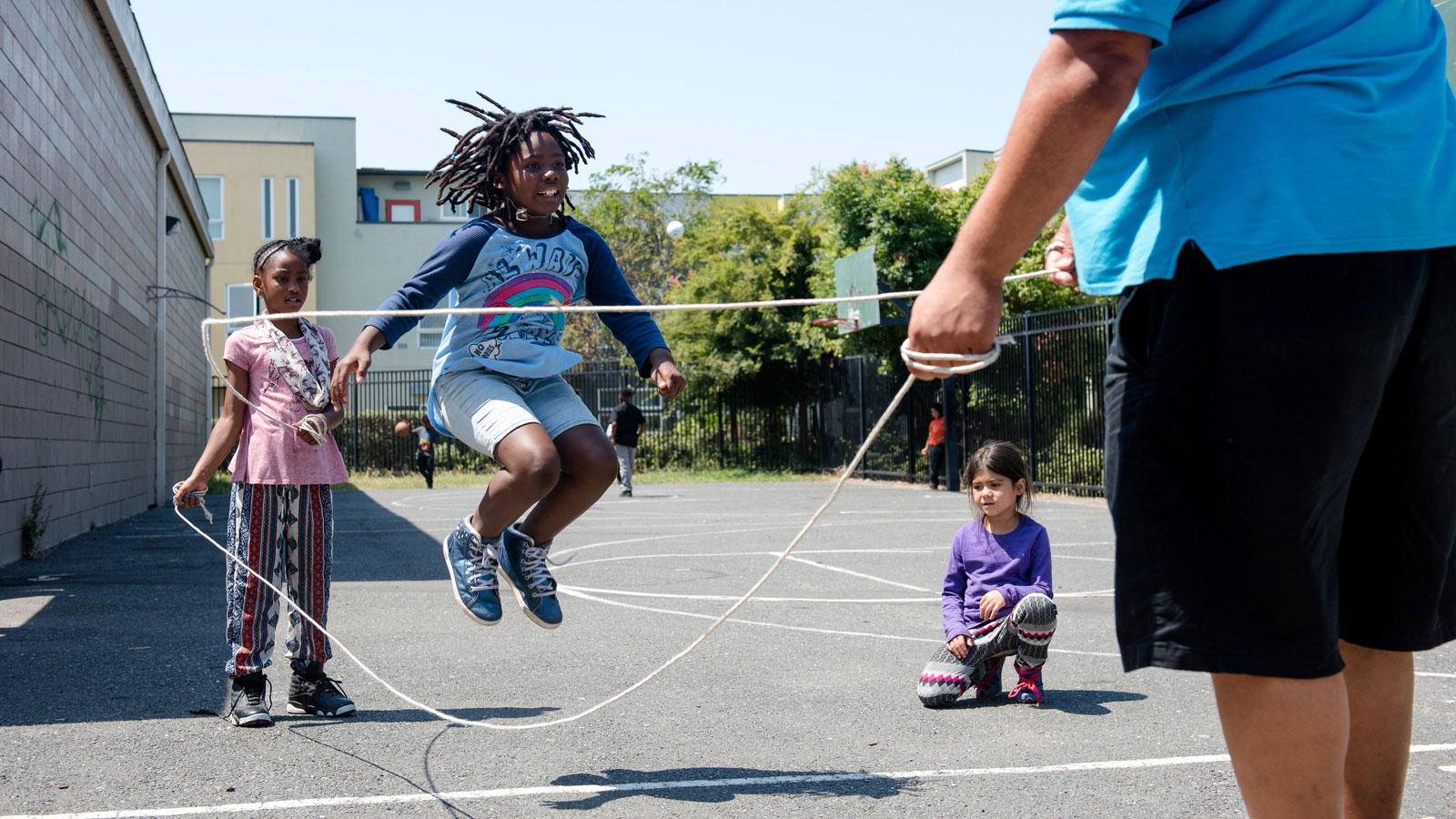 Most of the youth Kelly works with want to be athletes or entertainers when they grow up. Earning money from their farming efforts, Kelly says, helps kids envision agriculture as another possible career option for the future. “We help them see that farming is also something they can go into,” Kelly says. “If they don’t want to get their hands dirty, they can be soil scientists or dairy farmers. And they also learn it’s international—I’ve been halfway around the world because of agriculture.”

Kelly’s efforts have drawn widespread accolades. In 2012 and 2014, she was selected as one of 200 U.S. delegates to Slow Food International’s prestigious worldwide gathering of “homegrown good food movement” leaders. Former President Barack Obama also honored Kelly for her work at the White House in 2014. “I’ve never been so terrified in my life,” she says, “but he was so nice and so smart.” 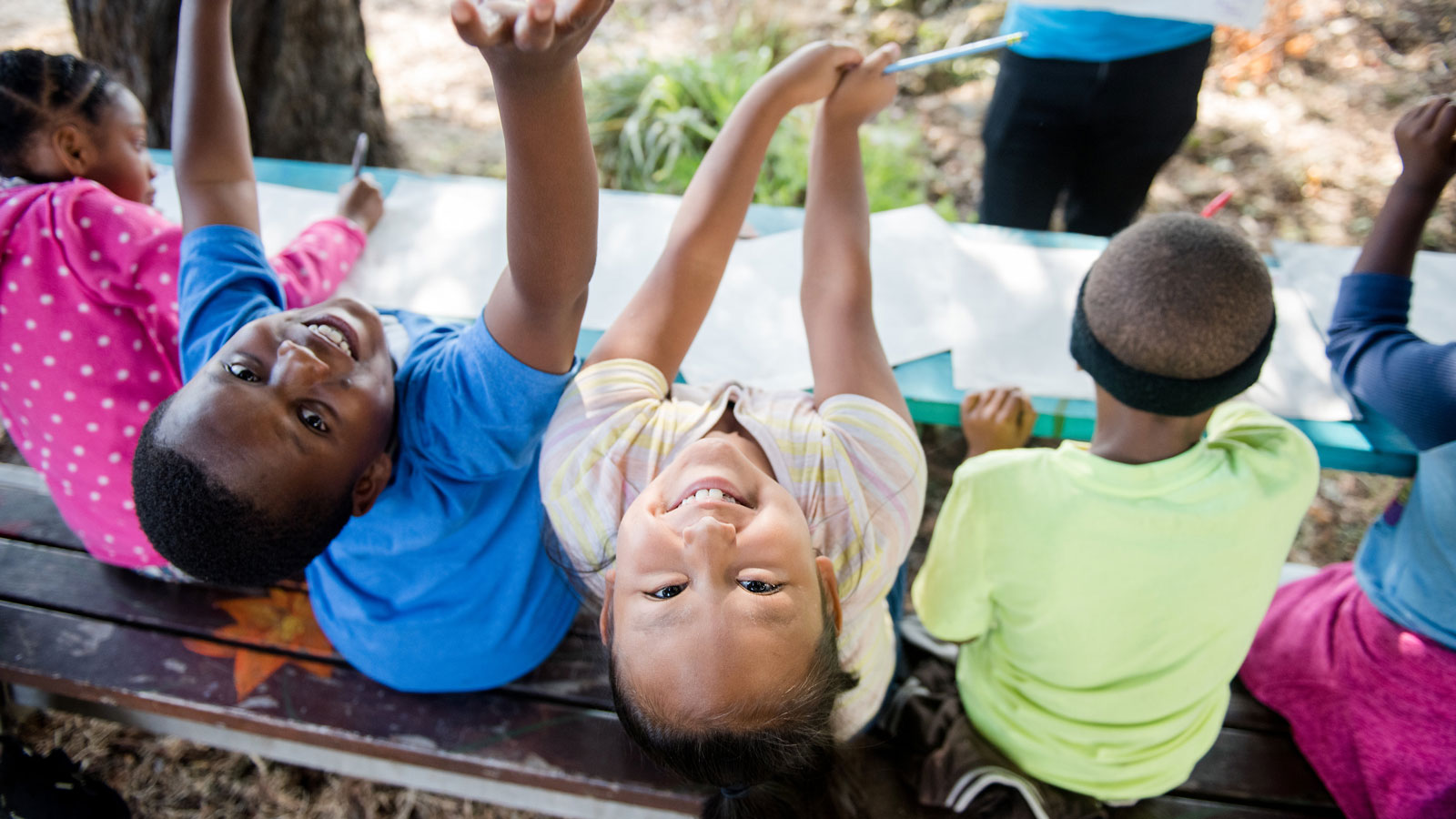 Acta Non Verba has served more than 3,000 local youth since its inception, but for all it’s impact, Kelly hopes to do even more. “I would love to expand, to have more land to grown on,” she says. “I think we’d be able to serve more folks and teach more youth about food and farming. I also have a vision for a sleep away camp with yurts and cabins.”

To achieve those dreams, Acta Non Verba relies on support from the city of Oakland, foundations such as the Clif Bar Family Foundation, and individuals who donate money and time helping on the farm.

Regardless of the nonprofit’s future, Acta Non Verba summer camp counselor Benjamin Brown says what Kelly has accomplished already has made a major difference in the lives of children and families in East Oakland. “This began as one woman’s vision,” Brown notes. “It started out so tiny, and like a plant has grown into something bigger. It’s really quite amazing.” 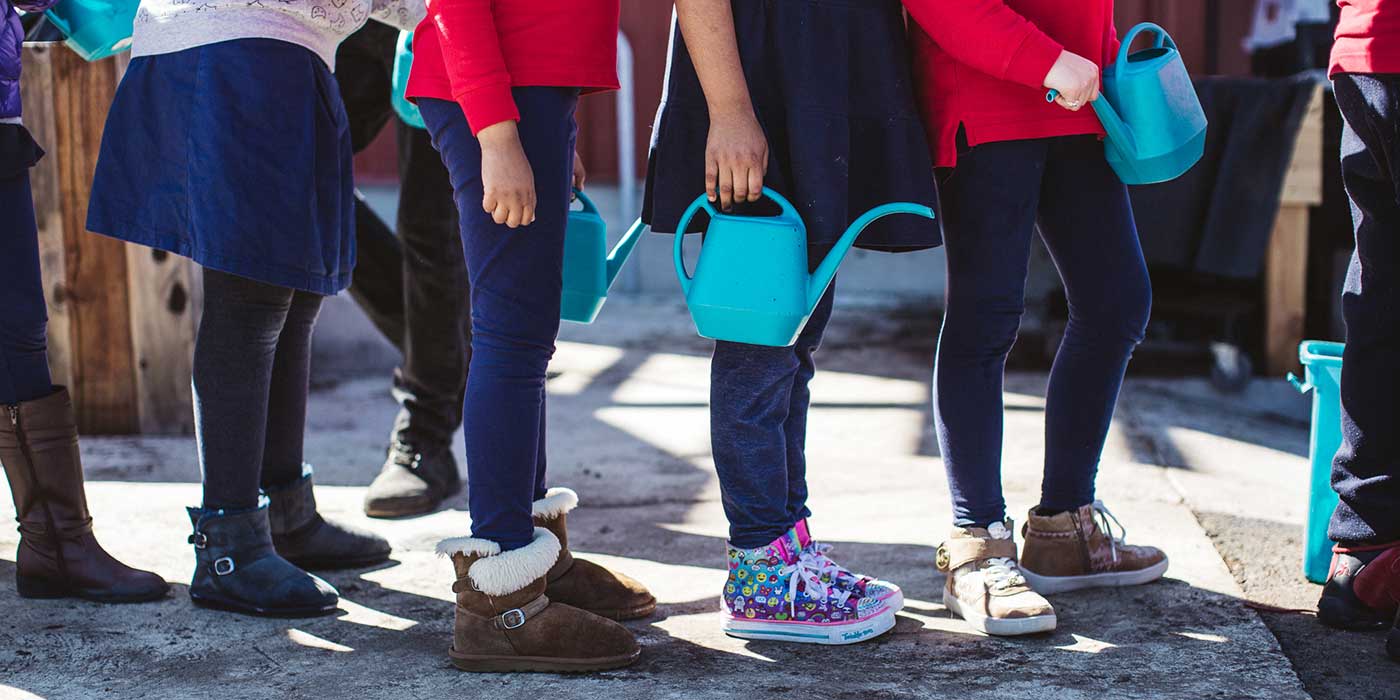 Start With a Seed

At a convenience store at a busy intersection in West Oakland, California kids are getting a lesson about where food com… 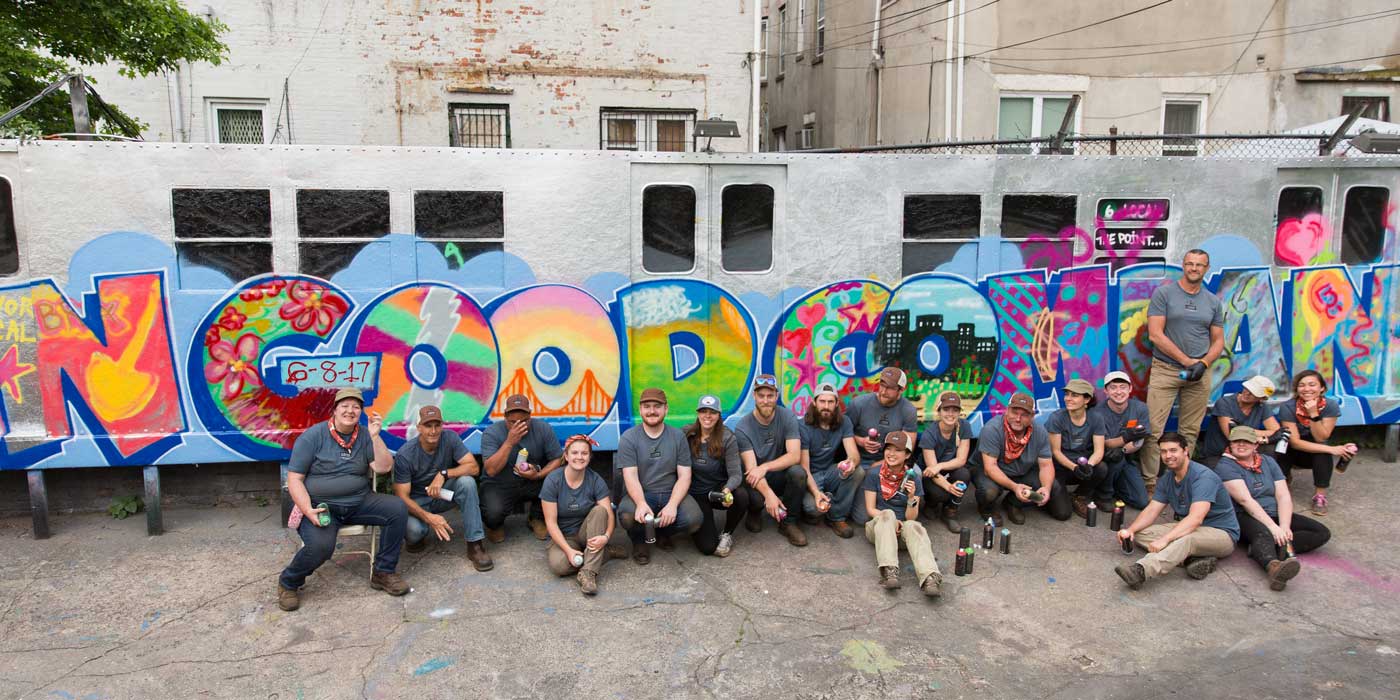