Following In Their Tracks 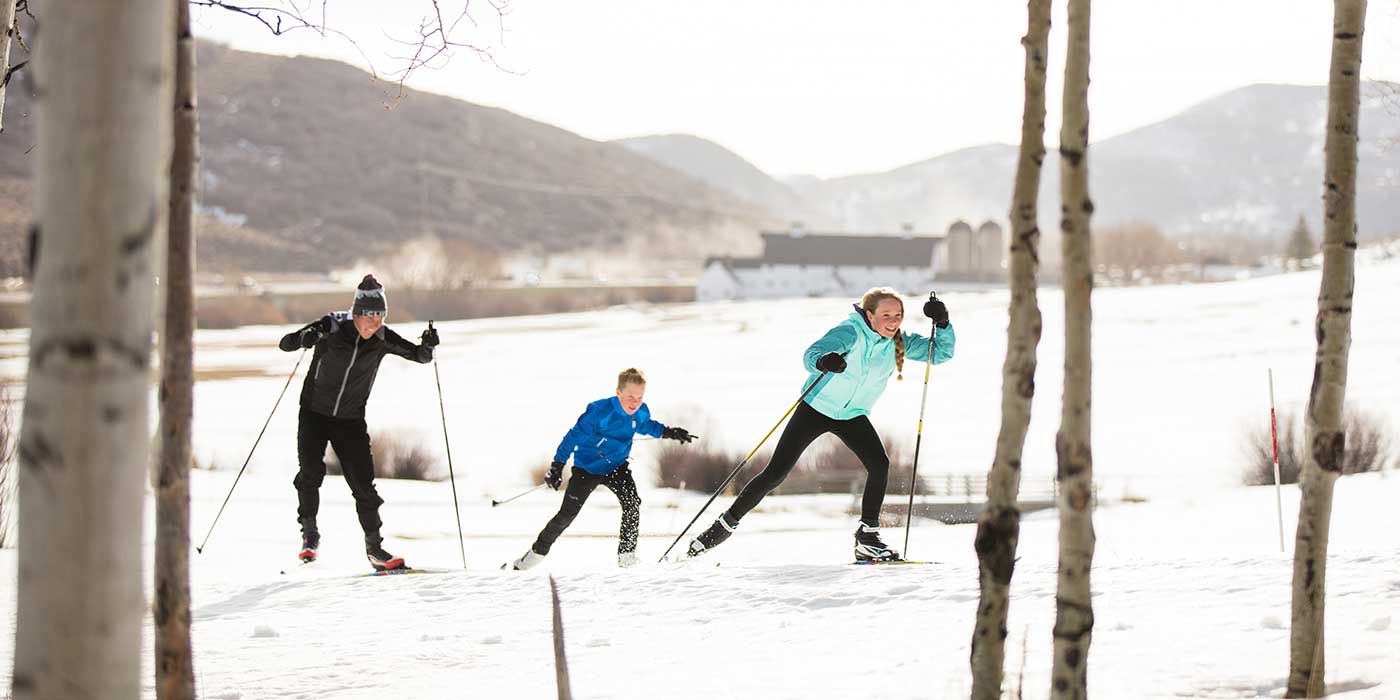 Jonathan Page, CLIF Bar athlete, on the joys of sharing his love of Nordic skiing with his kids.

As soon as he could walk, Jonathan Page's parents put him on skis. His dad was an alpine ski racing coach, so Jonathan grew up immersed in winter sports. He competed in alpine racing and developed a passion for Nordic skiing when he was off the hill. While he skied competitively as a kid, Jonathan is now a pro cyclist, and a CLIF Bar athlete, competing in cyclocross races all over the world.

Jonathan takes a similar approach with his own kids. He still loves to ski and his kids all started early with Nordic and alpine skiing. Emma, 12; Milo, 9; and Pearl, 6. Ansel, the baby, isn't walking yet, but he'll probably strap on skis soon after that milestone, too. Nordic skiing is something that they all love to do together and creates an even stronger family bond.

“The kids are all really good friends. The younger ones learn to be more tenacious to try and keep up with the others. Emma and Milo, and even Pearl, are more patient and have empathy towards their younger siblings. The kids motivate each other and want to see everyone do well and have fun at the same time.”

Despite their dad's cyclocross career, none of the kids seem keen to follow in their dad's pro cycling footsteps, but they all love being outside, especially skiing. The family now lives in Park City, Utah, so there are plenty of opportunities to get outside and ski. "The kids can get their gear on and go straight from the house," Jonathan says. "Sometimes they ski at night, too."

"While I was away at cyclocross races this winter, my wife, Cori, took the kids skiing, 5k each way, to pizza every Friday night. By the time I could go with them, they were pumped! Handing me my headlamp, yelling at me to ‘hurry up!!’. Now Friday nights are reserved for family skiing and pizza.”

"I like being last in the line of 6 and going, 'Damn I'm lucky! Look at my wife and kids! So cool!'" Ansel goes out with them on one of their backs, at least for now.

When the kids are skiing, it's often with their parents, and provides quality time they all appreciate. And Pearl especially likes those ski-to-pizza nights. "Sometimes we go for pizza night but mostly we just talk and laugh so it's a lot of fun. And I like singing with Ansel," she says.

Emma and Milo have started to compete in both Nordic and alpine skiing, and think they might want to be ski racers when they grow up. But that doesn't keep them from enjoying non-competitive ski time, or plenty of other outdoor activities, including backpacking, rollerblading, camping, and hiking. "Actually, I can't think of anything I don't like outside," Milo says.

"We try to encourage them to do as many sports as possible so they pick the ones they like, but also get introduced to the whole spectrum," Jonathan says. "In a roundabout way I kind of coach them on alpine skiing and Nordic skiing and I try to be encouraging, but not as a pro athlete. I don't want to be that guy. I've seen a lot of things in my career — I lived at an Olympic training center for a long time and you see very young athletes in the weight room for hours and hours," he says. "We take a different approach and create a healthy balance between having fun and results, and we keep it lighthearted because they’re young."

His approach seems to be working. His kids love what they do and love the family time they all spend together.

All three kids say winter is their favorite season because they love not only skiing, but also just being out in the snow. "I just think skiing is fun!" says Pearl. "Oh! And it's in the snow and I like to eat snow. But only the white snow." 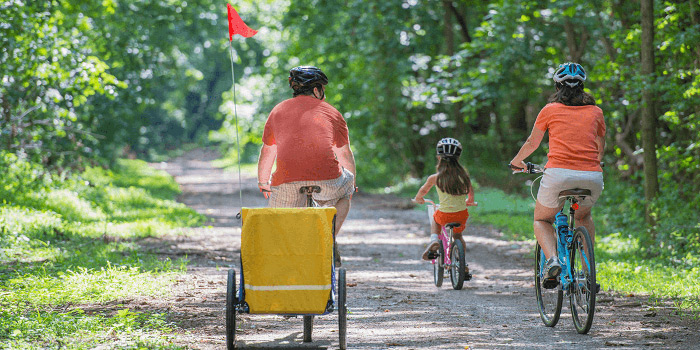 ​7 Ways to Get Family Time Outside

Families are busy—we totally get it! After-school hours, evenings, and weekends fill up in seconds with homew… 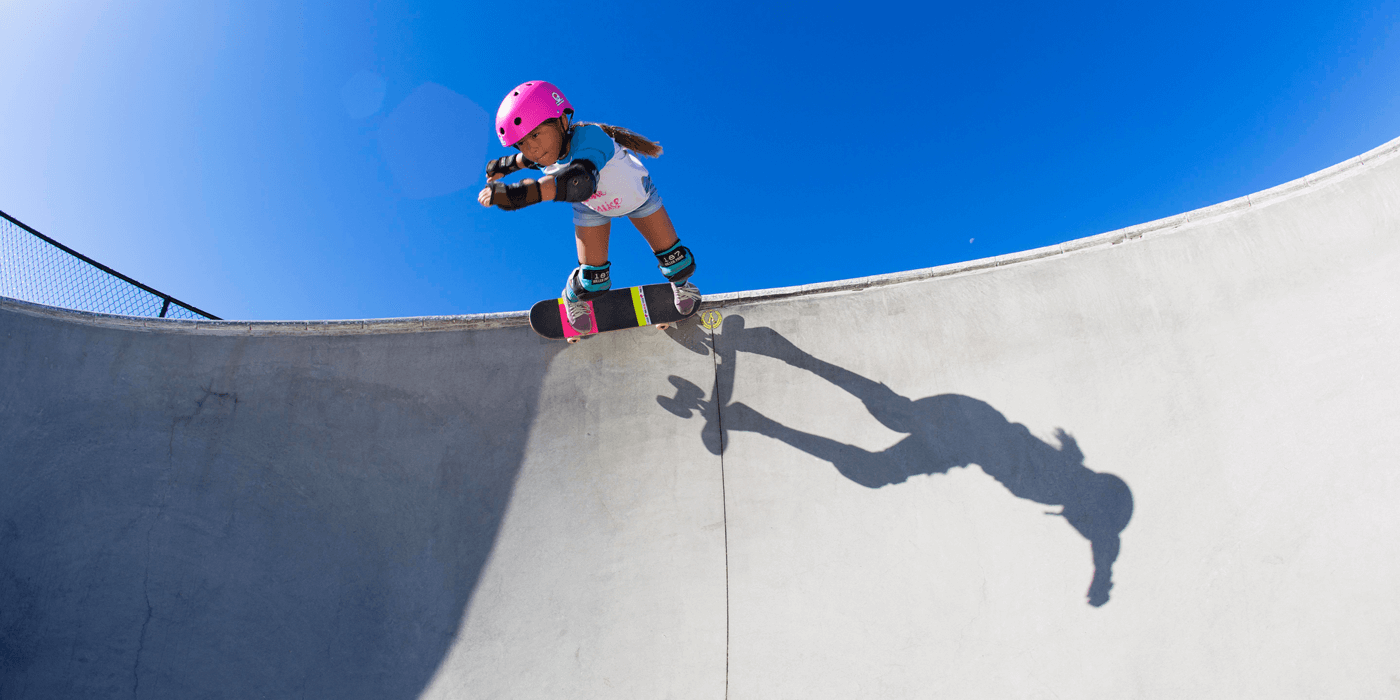 The kids in the Pink Helmet Posse are riding walls and breaking them down. They're also learning about encouragemen…