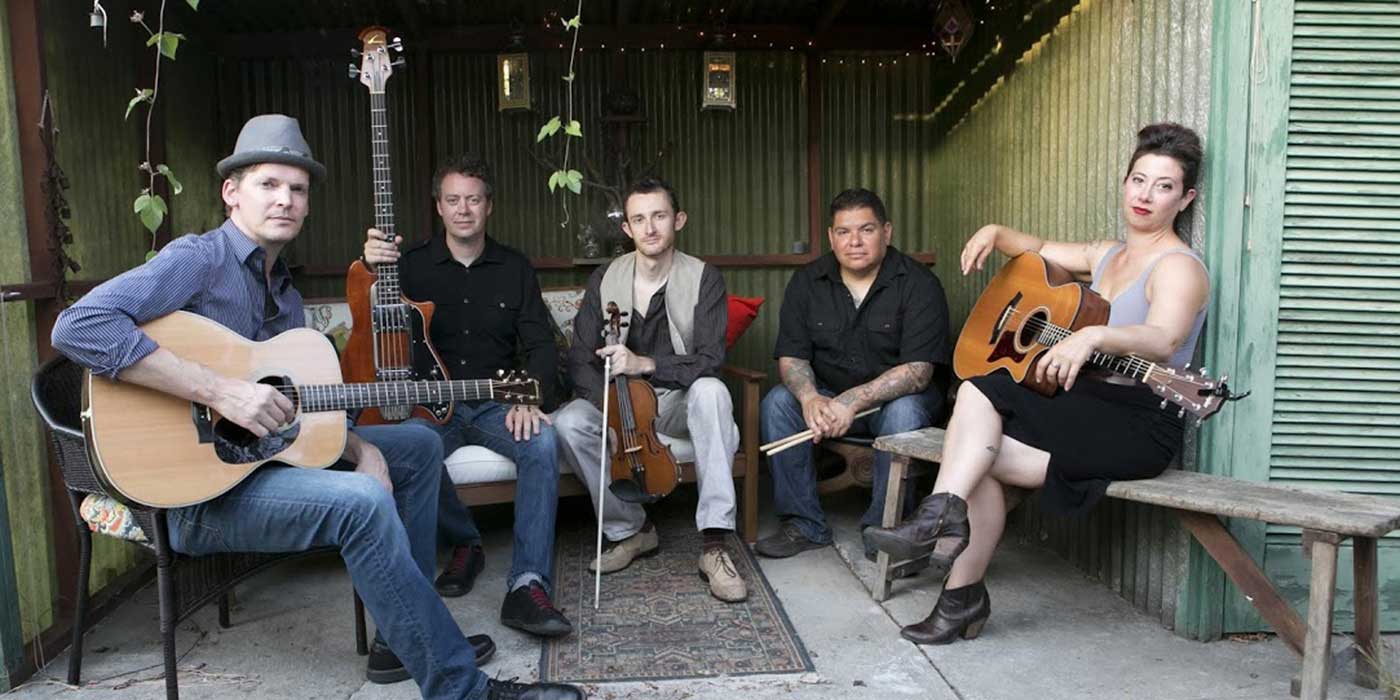 Music, along with athletic adventure and food, has been an integral part of Clif Bar’s culture from the beginning. You can trace it back to our Owner, Founder and Co-Chief Visionary Officer Gary Erickson, who plays a mean trumpet in addition to being an accomplished athlete and outstanding baker.

With Gary on the horn, our company band—Grove Valve Orchestra (GVO)—won the 2012 national FORTUNE Battle of the Corporate Bands, earning the title of “Best Corporate Band in North America,” during competition at Cleveland’s famous Rock and Roll Hall of Fame. Led by bassist Ted Witt, Clif Bar senior director of contract manufacturing, GVO is celebrating its 10th anniversary in 2016.

The musicians of Clif Bar extend well-beyond GVO, including:

When did you start playing music?

EMILY: Performing professionally, in 1999. But I’ve been singing my whole life. Ever since I could open my mouth and make noise. I imitated all the people coming out of the radio in my parents car—Whitney Houston, Aretha Franklin, Joni Mitchell, Jim Croce. I wouldn’t shut up for basically 35 years. I just loved music so much.

TOM: Both Eric and I were in high school bands. When you join the real world, that kind of stuff usually goes away. But it doesn’t have to at Clif Bar.

How did you settle on the band name Hector?

ERIC: When we started in 2007, we thought it would be unique to have a different name for every gig. We played at Interbike—a big bike industry trade show—as Jimmy Dean and the Sausage Party. We played as Sleepy Martijn at Sea Otter (cycling festival) in honor of a Dutch rider’s nickname. We’ve played as Nerd Alert.

TOM: In 2010 we got asked to play a wedding. We figured we’d better clean things up a bit and settle on a name. We liked the name Hector. I’m a big (San Francisco) Giants fan and like their catcher, Hector Sanchez. And we have a Spanish influence in a number of our tunes.

How would you describe Clif Bar’s music culture?

EMILY: Clif Bar understands music is vital to enjoying life, to enjoying the human experience. It’s like having fine wine, good food and listening to music. They all go together. The trifecta.

ERIC: I think the overall culture here attracts people who are creative at a high level. We may not have more musicians than other companies, but the talent level is very high.

TOM: It all stems from Gary’s love of music. His thumbprint is everywhere. It’s just something else cool about Clif Bar.

How does Clif Bar support your music?

EMILY: We have a theater we can practice in with equipment we can use any time. There’s a drum kit, percussion instruments, a piano and a Hammond B3 Organ. The theater has a sound room, sound board and speakers. The company sees you not only for the work that you do, but for your passions. Clif Bar encourages your passions, even champions them.

TOM: We get a chance to play. Normally, there’s so much promotion you have to do to be a musician. We get a venue to practice in and gigs to play. We probably play about 10 Clif Bar gigs a year.

ERIC: The after-party Clif Bar has been hosting for several years on Kona (Hawaii) following the IRONMAN World Championship. It’s the only after-party that night on the island. We’ve had people in the crowd riding on shoulders. We’ve had people come up and try to grab our instruments. It’s a blast to play.

EMILY: I was on stage at the Fox Theater in Oakland (CA). We were doing a Bill Withers cover—me singing and Gary on the trumpet, just the two of us. It was for the Clif Bar holiday party. I’d have to say that was my most memorable moment.

TOM: We play Base Camp, Clif Bar’s onsite childcare center for preschoolers, every year for graduation and Week of the Young Child. They love punk rock! Give them noisemakers and they’re playing along. We change the words to songs. We’ve done a punk version of “It’s a Small World” for them.

ERIC: We played Natural Products Expo West in 2009. It was the first time anybody at the trade show had a band at their booth. We had a tiny little bandstand, and show management kept telling us to turn the volume down or they’d shut us down. Gary said, ‘The show is almost over. Give me 15 minutes of quiet playing, and then we’re going to blow this out.’ We cranked up the sound and played Miserlou. People crowded around our booth and the aisles as far as the eye could see.

EMILY: He’s super fun! He gets up there and has a grand old time. You can tell it’s one of his greatest joys to play music with the band.

TOM: He can play some really athletic trumpet. It’s special. He can hold a note longer than anyone. It’s called circular breathing. You breathe out and breathe back in through your nose. When he does that, and holds a note, people go wild. It might last 20 seconds or so, but it seems like an eternity.

ERIC: Gary has a great ear. He can hear something and start playing it. Sometimes we’ll just send him a link and say, ‘Listen to this and come play with us.’ He can improvise and knows what sounds great. 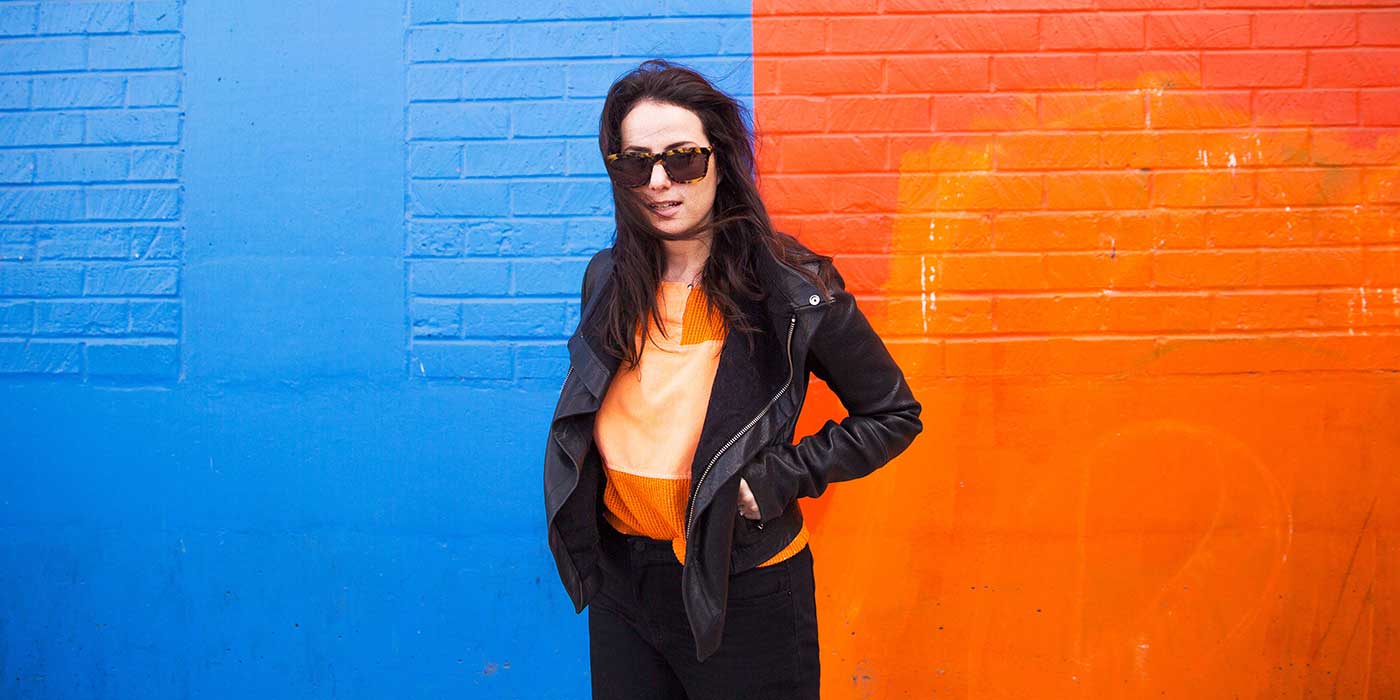 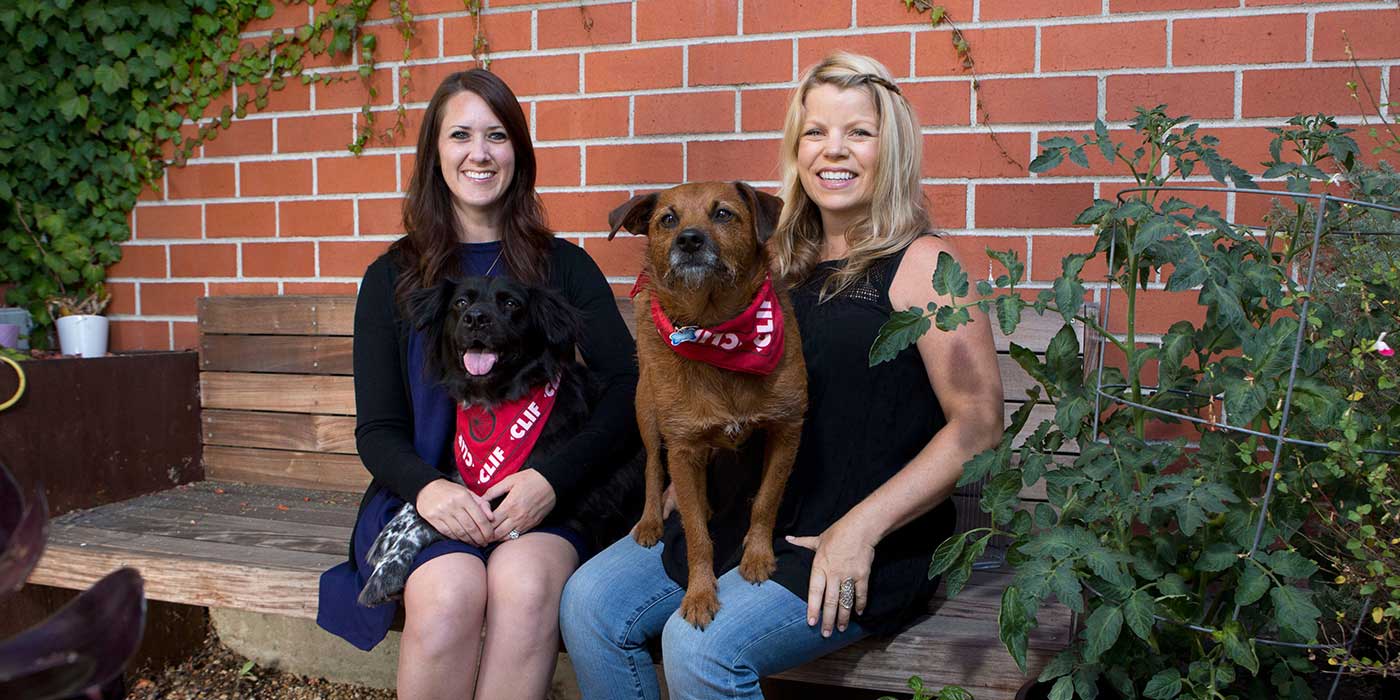 Every Day is a Dog Day at Clif Bar

Rigby and Kingston are best friends at Clif Bar & Company. They can’t wait to see each other every morning. They take wa…