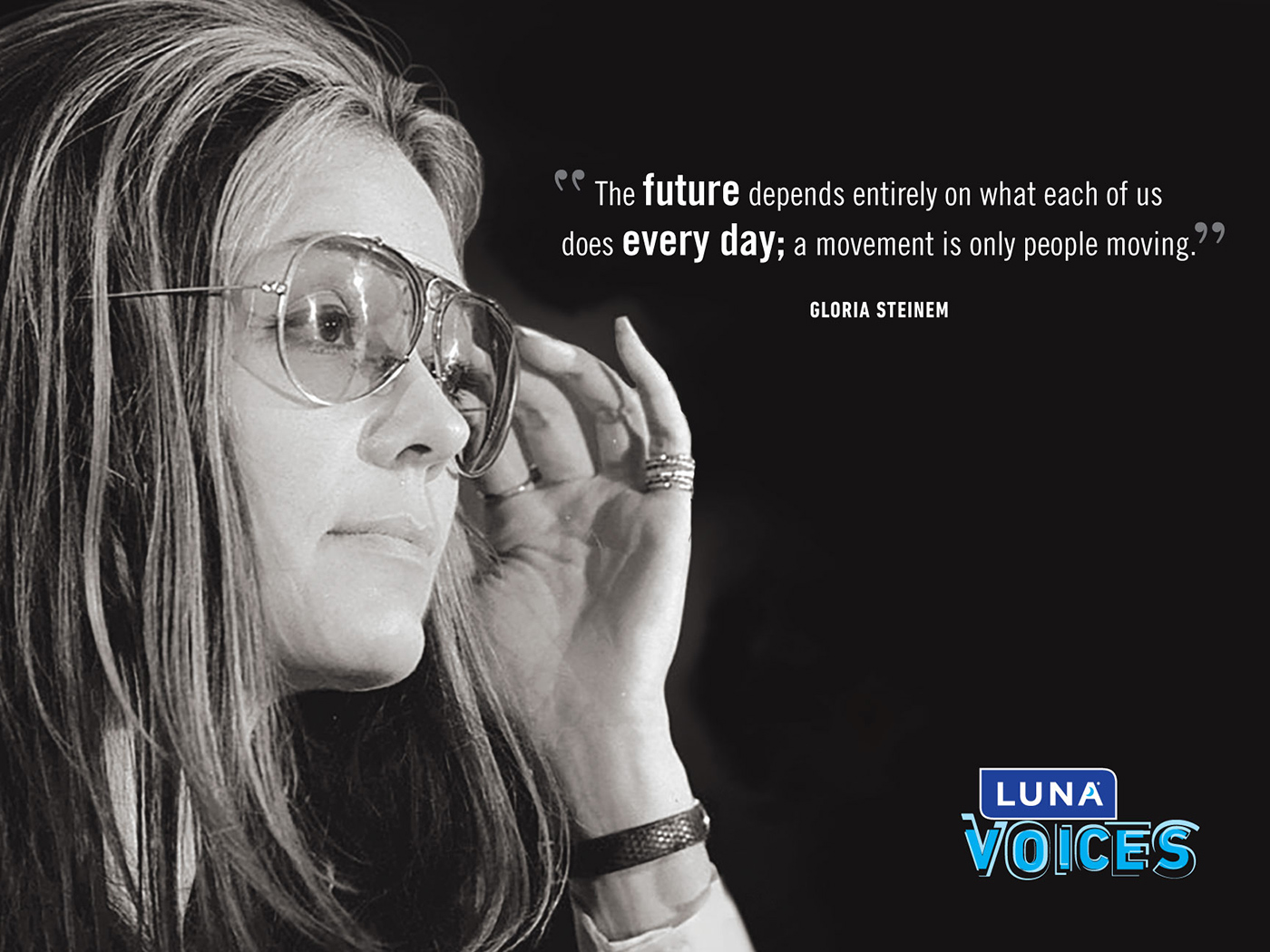 To kick off this year's ‘LUNA Voices’ program, owner and co-CEO Kit Crawford had the honor of interviewing the legendary Gloria Steinem at our headquarters in Emeryville, CA. The writer, political activist, feminist organizer, co-founder of New York magazine and Ms. magazine, and all-around amazing human being has written numerous books and produced documentaries and feature films on the topics of child abuse, the death penalty, and violence against women. She co-founded the Women’s Media Center and other meaningful organizations, and the list goes on.

Her incredible work, insightful and powerful voice, and tireless activism earned her the Presidential Medal of Freedom in 2013 from President Barack Obama. Numerous topics matter to Gloria; she spoke to us about some of them:

Kit: How did you become an advocate for equality?

Gloria: I always wanted to be a writer because I was just such a reader. It’s the one thing that, when I’m doing it, I think, “This is the thing I should be doing.” The activism part is more falling in love with something that might be a solution. You see, “This is a problem,” and you think, “Well, maybe if this person knew that person…” It’s just infinitely fun and interesting and spontaneous.

Kit: How do you use the word “feminism” today? What does it mean to you?

Gloria: It just means belief in the full socio-political-economic equality of females and males. And that means all females of every ethnicity, race, and class.

It’s always been about, in a deep sense, getting rid of gender; gender is a new thing. Most of the languages of the people who were in this country before Europeans showed up, the Native American groups, most of the languages don’t have “he” and “she.” They don’t have gendered pronouns. People are people. How great is that? 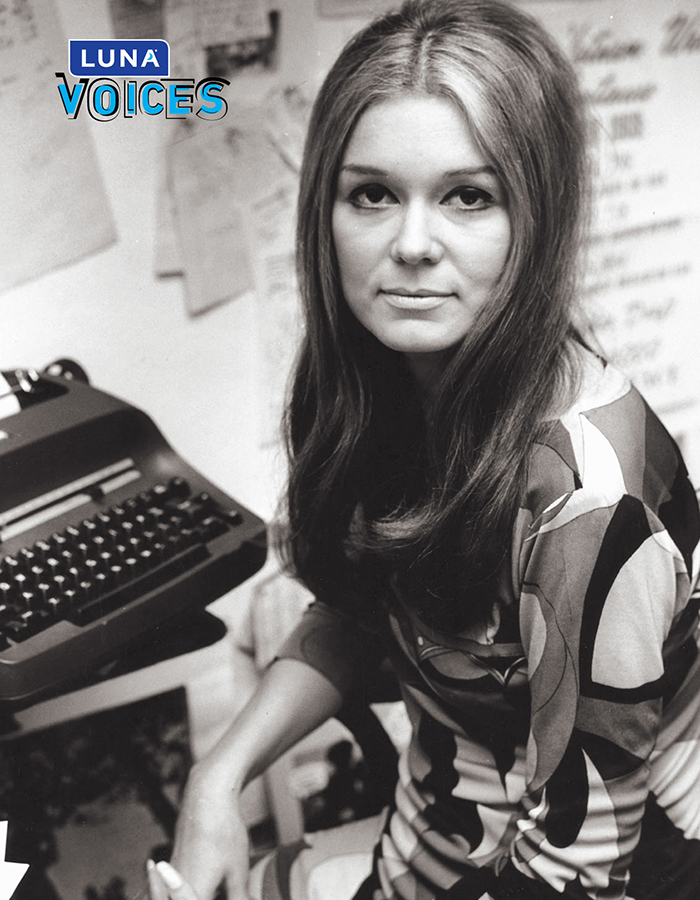 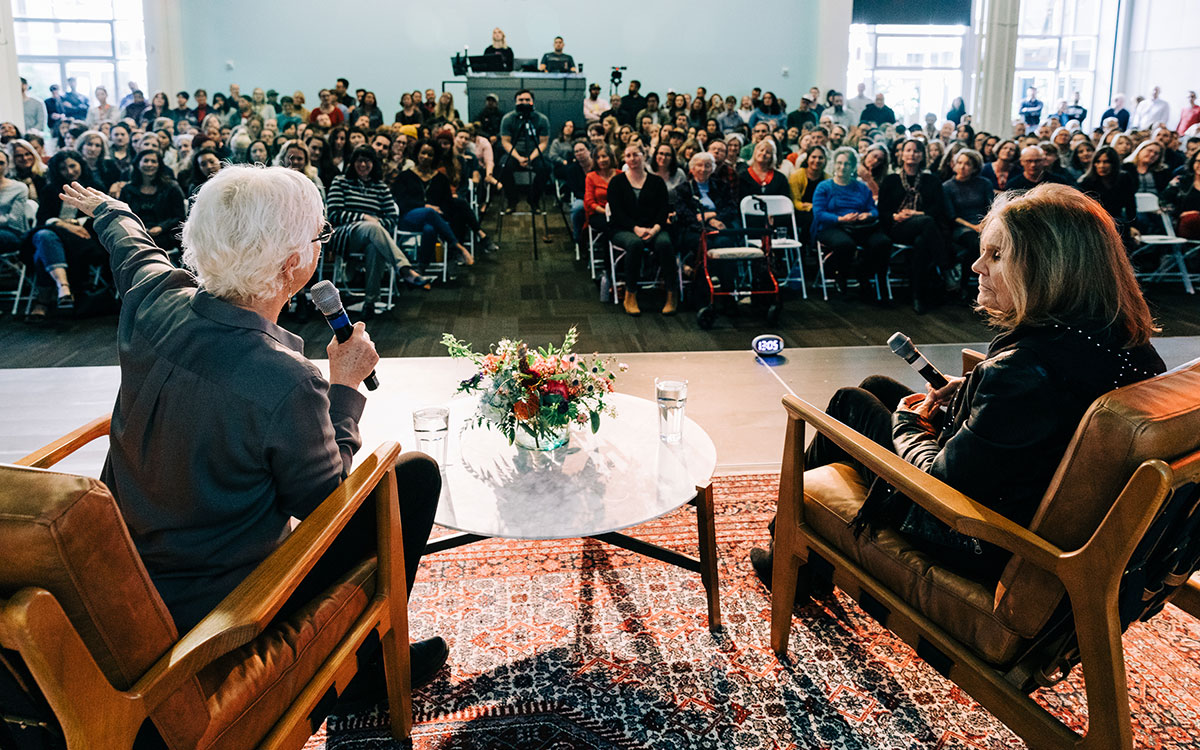 What I’m learning now, because of the books that I’m working on, is that [certain] cultures didn’t have hierarchies like this. They had circles, so we were linked, not ranked. I find it enormously heartening to learn about that. 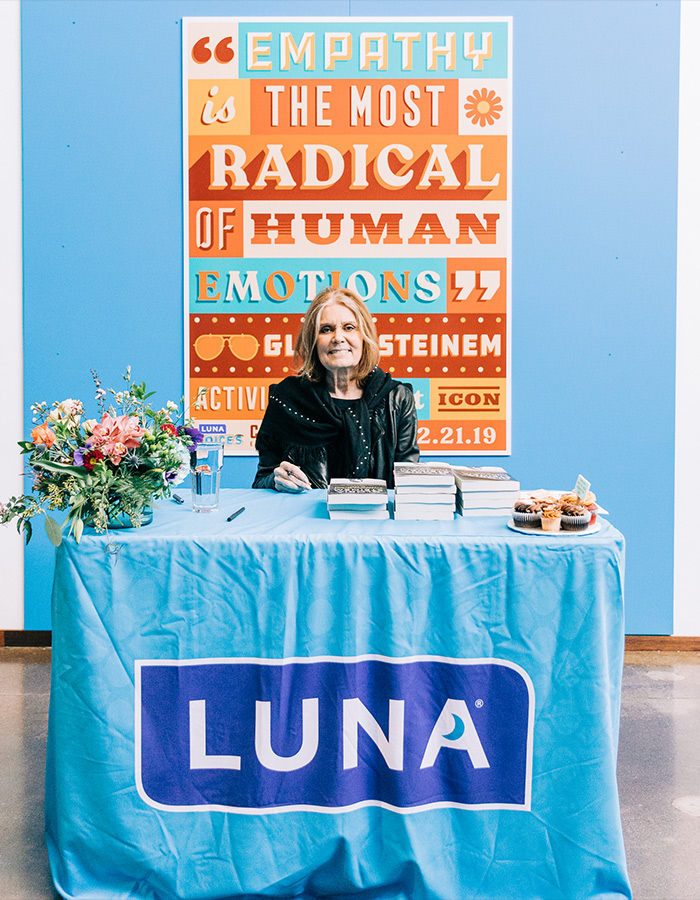 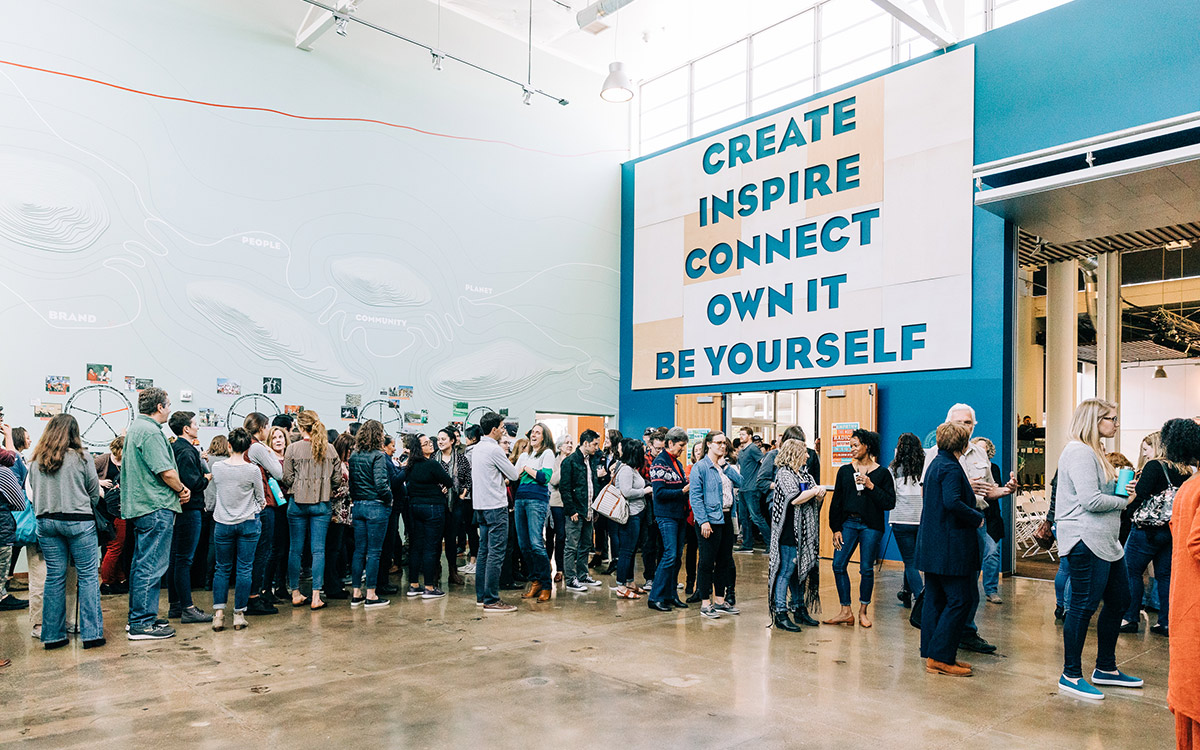 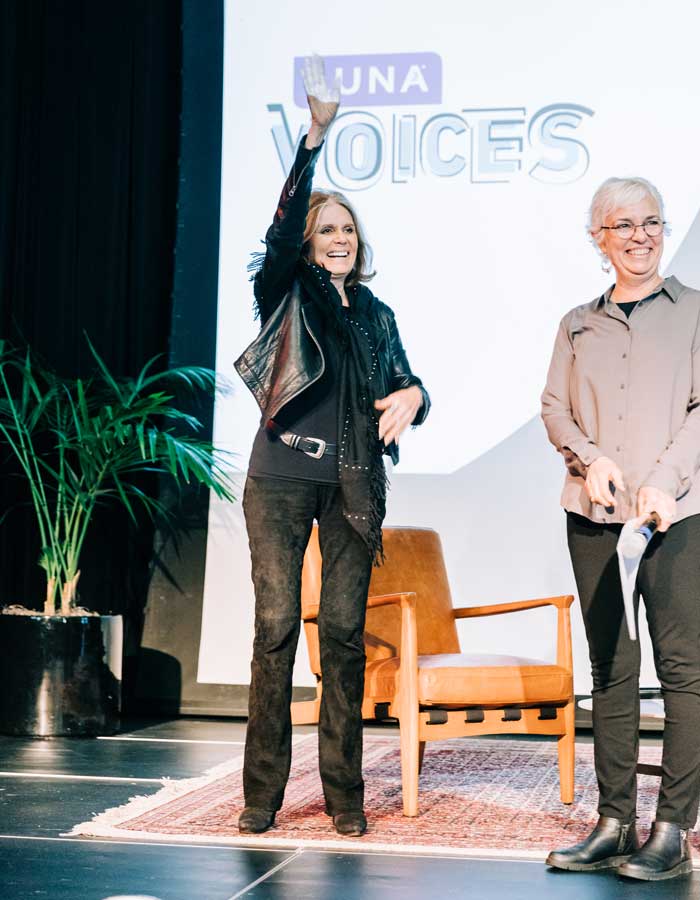 Kit: At the front of the women’s movement in the early ’70s, did you ever feel threatened?

Gloria: I don’t think I ever felt in danger of being killed, but it was [more the fear of] just being wiped out of human consideration.

The hatred was there. But the greater force was that we had each other and that we could really feel that what we were supporting was possible, and that the people who were threatening us were in their own prisons, actually, of race and class and religion.

Kit: What was different about the women’s marches of the ’70s and the ones taking place today?

Gloria: I think that earlier marches had to be organized. And though you still have to get a permit and all those things you need today, it is no longer the same feeling of organizing a sturdy, brave, out-there movement group. Today, it’s kind of more like spontaneous combustion.

Kit: What can parents do to break the stereotypes and the rules that we have for our sons and daughters?

Violence against females is a bigger indicator of all other violence in the world. If we see inequality and especially violence around us that is prescribed by sex or race, we come to think that it’s okay, it’s inevitable, it’s part of human nature, and then we act on it forever more. So, it is not only important in the microcosm. It influences what goes on in the macrocosm.

Kit: What are you still learning today?

Gloria: What I’m learning now, because of the books that I’m working on, is that [certain] cultures didn’t have hierarchies like this. They had circles, so we were linked, not ranked. I find it enormously heartening to learn about that.

Kit: What advice do you have for how to support each other?

Gloria: I think listening is the key. If you usually have more power in some ways in some group that you’re in, it’s important to listen as much as you talk. And if you have less power, it’s important to talk as much as you listen. And that can be just as hard because you’re used to hiding. So, it’s just a consciousness with which you inform your actions every day as best you can. 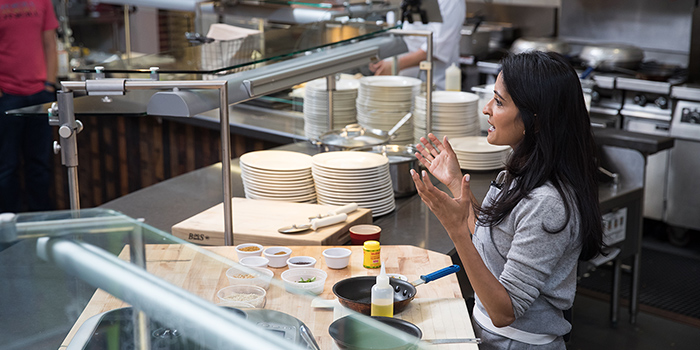 For the past 18 years, LUNA has been committed to championing women so they never have to settle. And since we believe i… 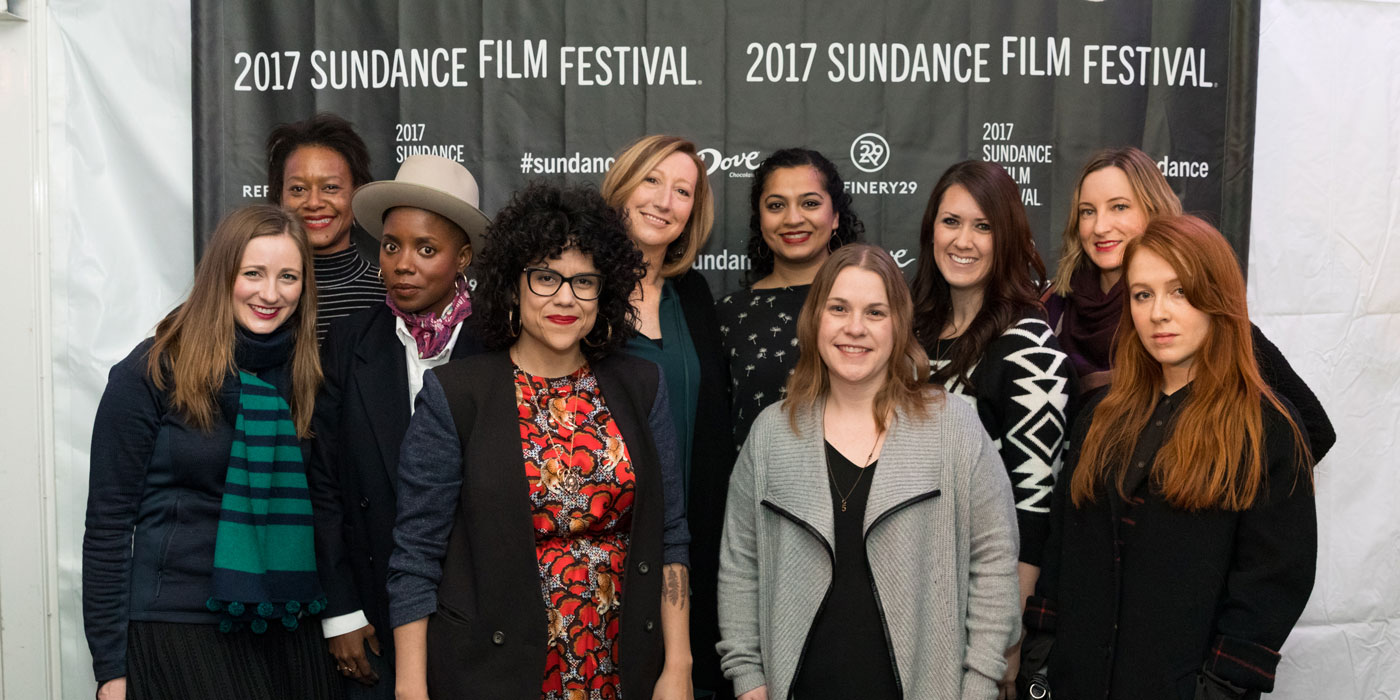 In 2017, for the very first time, LUNA awarded each Women at Sundance Fellow a $10,000 grant to help sustain them as the…