Spreading Peace One Hug at a Time 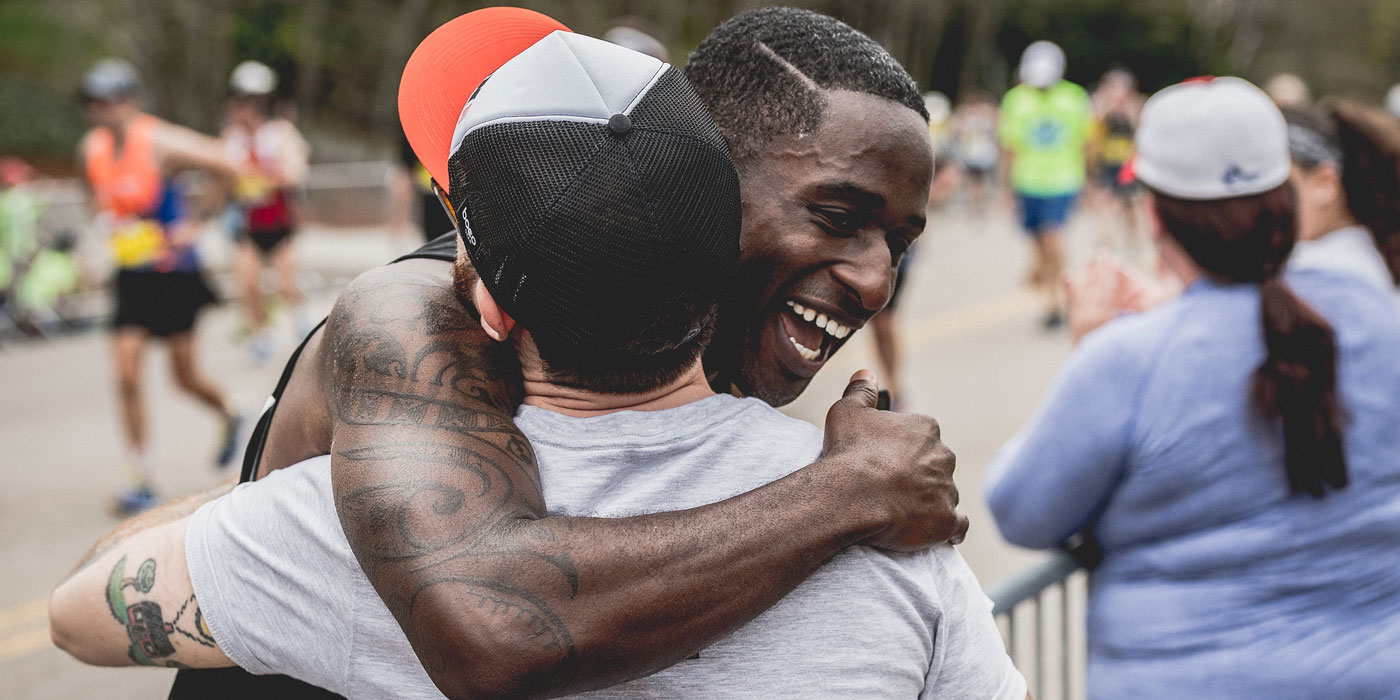 In the days after finishing his first Boston Marathon, Ken Nwadike says he’d never experienced such a sore upper body from a run. Nwadike wore his signature “Free Hugs” tank during the 2017 race, and Nwadike — who started the Free Hugs Project in 2014 — couldn’t pass up all the requests. He says he ended up giving over a hundred hugs, reaching over the barriers to hug spectators who asked him to. “I would have given more, but my feet kind of hurt,” he admits.

The 35-year-old’s not complaining about the sore shoulders though. The Free Hugs Project has over a million followers on Facebook, and grows exponentially every time…well, every time he hugs someone.

The idea for the Free Hugs Project came on the heels of Nwadike not running the Boston Marathon in 2014. He watched the 2013 Boston Marathon — and the bombing attacks on the race — on TV. “I felt like I had to be there in 2014 to support the race and the city,” he says. His initial plan was to qualify and run. A collegiate and Nike Farm Team Miler in his youth (he has a 4:00 PR), he needed to break 3:05. He ran 3:05:23. Six days later, he tried again at another marathon, but posted a 3:05:57. After what he says was “a month and a half of heartbreak,” Nwadike came up with a new idea.

He flew to Boston with a “Free Hugs” t-shirt, a sign reading the same thing, and a video camera.

“I wanted to still get out there and show my solidarity for people who were injured from that race,” he says. “That was my way of reminding people, even in the midst of hate and chaos and violence in the world, we still have to spread love.”

“I thought, I figured,” says Nwadike, “maybe I can really remind people how important love is.”

Nwadike stationed himself, and his video camera, about midway on the course and admits he didn’t think anyone would stop. But thousands did, and he hugged them all. Nwadike edited hours of footage down to a five-minute video and posted it to his Facebook page before boarding the plane back to his home in San Diego. By the time he landed in California, the video had gone viral, and Nwadike says he had messages from nationwide media outlets by the time he got off the plane.

It didn’t stop there. Nwadike took it upon himself to start showing up at rallies of all sorts — from Trump presidential rallies to protests in Charlotte, North Carolina last fall — to counteract violence and tension, and raise awareness of social issues. He’s become a mediator, a conversation starter, and an overall spreader of love and goodwill. His videos have garnered millions of views. A recent video of Nwadike hugging police officers has over 47 million views, and counting.

“The mission has evolved. From the feel-good mission it started as, to now I’m standing on the frontline of riots and protest. I’m there to deescalate the violence,” says Nwadike.

“Some news outlets call me up and say, ‘Hey Ken, there was a shooting of an unarmed citizen and they ask if I can make it out. People message me, ‘Hey it’s getting bad for the Native Americans at Standing Rock, how soon can you get out there?’ So ya, I’m a peace activist. How can I deescalate a situation that’s getting intense?”

Nwadike will be at Police Week, working with law enforcement officers on spreading peace. He’s become a very busy motivational speaker, sharing the message of Free Hugs at high schools and colleges around the country.

And though the Free Hugs Project has taken off in the last few years, Nwadike will be forever grateful to the running community who helped him get it off the ground. “Runners are behind it 200 percent,” he says. “They own it because they know where it started.”

What’s next in Nwadike’s sights, for both his running and his mission? He’d like to run all the marathon majors, but jokes, “Right after that, I’m never running a marathon again. I’m still a miler. A marathon hurts.”

And he’ll attend more rallies, post more videos, and spread more love. “Every week I’m giving people updates on what’s going on in my life and around the world, and how I try to have a positive impact on the negative things going on,” he says. “Many people have connected to that message. It’s very powerful to see how that work has evolved.” 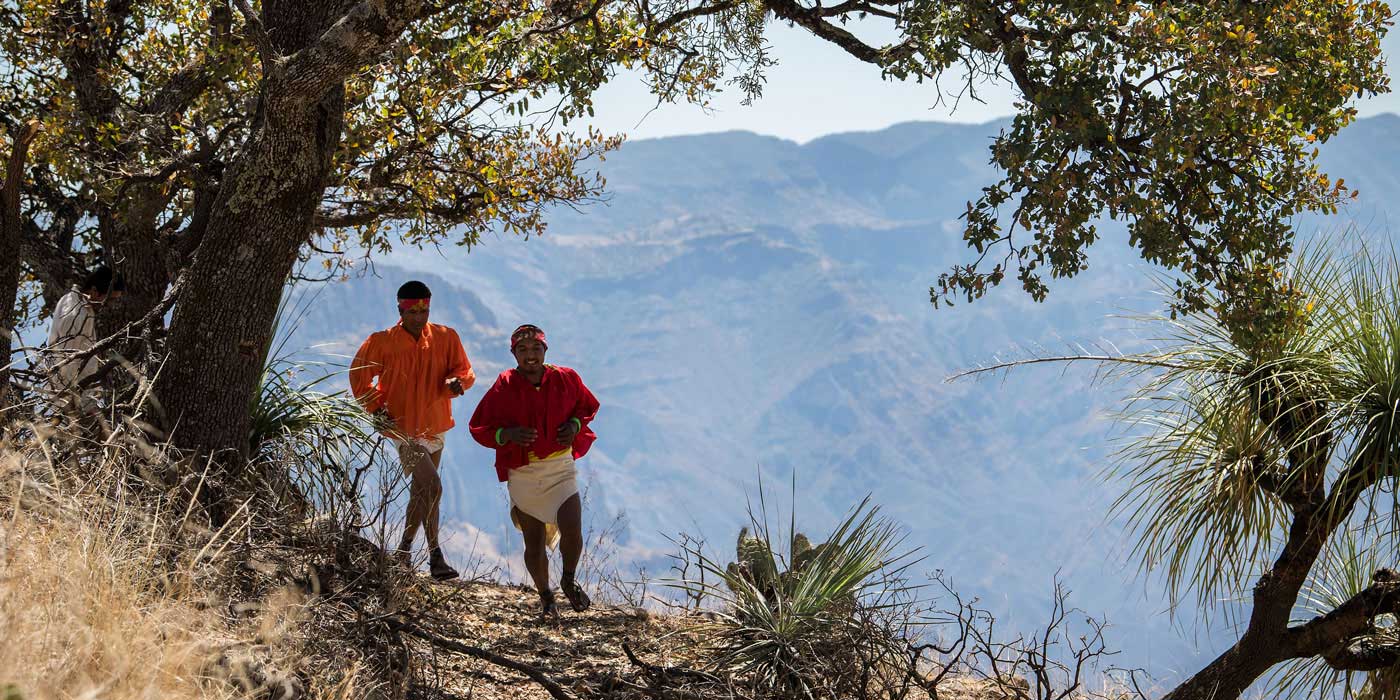 In a parking lot off the side of a dirt road deep in the Copper Canyons, Miguel Lara, using a flat wooden stick presses… 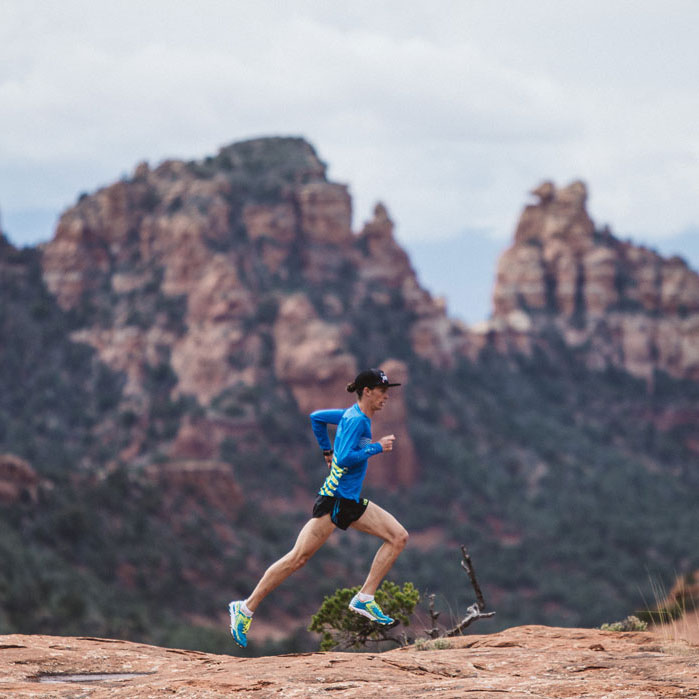