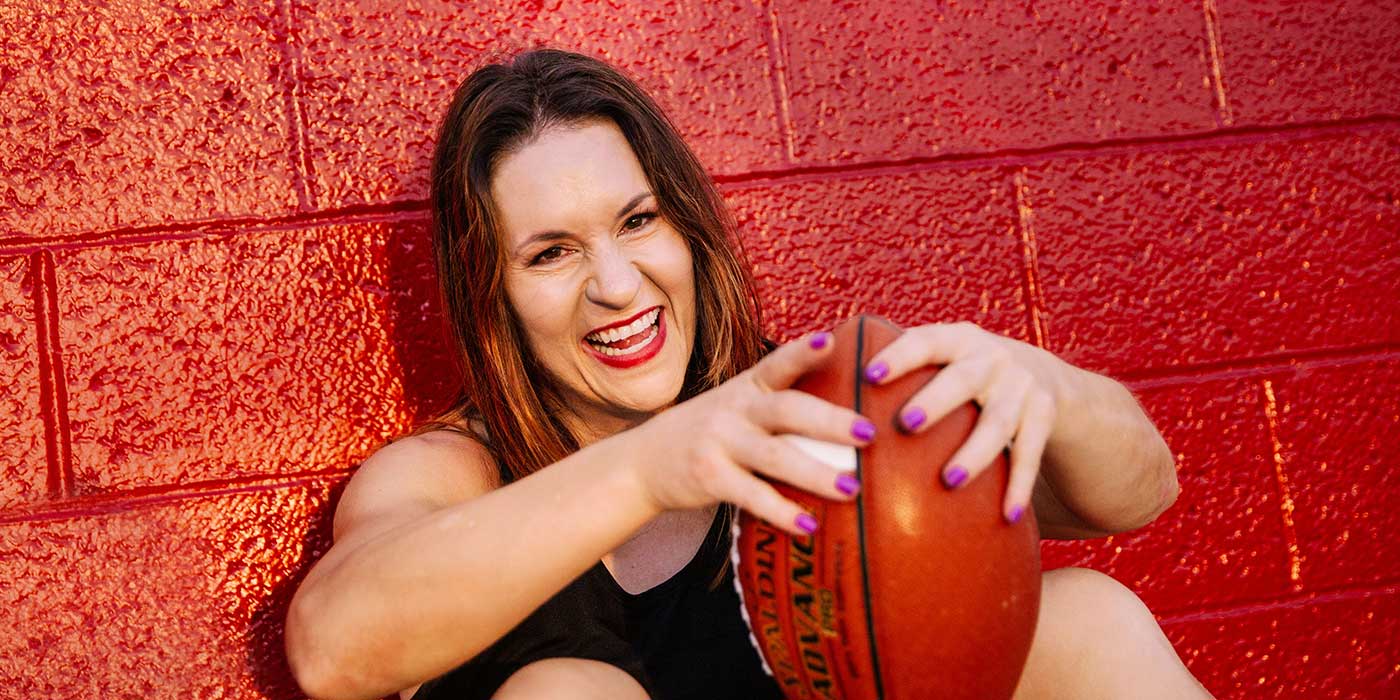 Dr. Jen Welter on forging her own path and inspiring women to get off the sidelines

Dr. Jen Welter loves to tackle, and be tackled. “A good tackle, whether you’re giving it or receiving it, it’s living.”

We thought we knew a thing or two about living—until we met Jen. She is a super-concentrated dose of explosive awesomeness in a teeny-tiny package. When the Arizona Cardinals hired Jen for the 2015 preseason, she became the first woman to coach in the NFL, and at 5’ 2” and 130 lbs. soaking wet, by far the smallest coach in the NFL. But if you think that means Cards fans began to recognize her on the street, think again. “A lot of people will say, ‘You look kind of like that coach, but she’s a lot bigger than you,’” Jen laughs.

Incredibly enough, however, the first time Jen walked onto a football field full of dudes, it wasn’t as a coach, but as a player, when she suited up to practice with the Texas Revolution at the beginning of the Indoor Football League team’s 2014 season. Jen had earned a reputation as a fierce and determined player through 14 years of women’s pro football (even there she was considered small). Her skills earned her the invite—but the credibility she would have to earn. As she tells it, two questions burned in every player’s mind: First, could this pint-sized female take a hit and get up smiling? And more importantly, could she hang?

Her moment came during that first practice. “I remember one of the coaches saying, ‘Hey running backs, do you have your balls?” Everybody starts laughing, and one of the players says, “Yeah, coach, all but Jen.” I patted him on the shoulder pad and I said, “That’s okay honey, when I need balls I’ll just take yours out of your wife’s purse.”

Yep, Jen-from-the-block could hang. Turned out she could take a hit, too. So well, in fact, that when practice was over, she made the roster as a regular-season team member at running back, the first female to play anything but kicker on a men’s pro football team in any league. She knew she needed the full support of her brothers-in-shoulder pads to play well and stay safe, and she really got the way big men playing a contact sport express affection through insult humor—maybe because she has a PhD in psychology.

After the season ended, Jen joined the Revolution’s coaching staff, becoming the first woman anywhere to coach men’s professional football. Think about that: Here’s a woman who was at one time considered too small to make the women’s team—she just fought too hard to ever get cut—and now she’s a coach in a men’s league. And she isn’t a symbol or a figurehead or a mascot. No, to top it all off, Jen proved that she’s a phenomenally gifted coach.

Her reputation spread. Soon after, Jen placed a call to Bruce Arians, the coach of the Arizona Cardinals, which lead to her invitation her to join his staff as a pre-season/training-camp intern, coaching inside linebackers. What’s that we hear? More glass ceilings shattering in stadiums throughout the land.

When she was just a girl begging her cousins to tackle her in the back yard in Vero Beach, Florida, Jen had no female role models to lead the way. She played on her high school’s powder-puff team, but that was hardly satisfying. “I was on the homecoming court and I was captain of the football team,” she observes wryly.

Jen says it all changed when she fell in love with rugby as a freshman at Boston College, where she learned all about leverage—or, how to tackle and be tackled without getting creamed. She thinks being small helped her nail her fundamentals, and that it is actually the key to her success as a coach. “Linebackers are often smaller than the linemen who are coming to block them,” she explains, “so it becomes very important to look at your leverage and your technique. The guys would always say, ‘Coach Jen is a beast about the fundamentals.’ That was my secret sauce.”

We’d be presidents of the Jen Welter fan club for her athletic achievements alone, but Jen has become a role model for athletic girls who may never have considered stepping off of the sidelines. When a mom tags her on twitter with a picture of her daughter dressed as a football player for Halloween, it still amazes her. Jen loves seeing a new generation of girls and women come up who no longer consider football out of reach. “They used to call the NFL the final frontier for women,” she says. “So I tell people, I guess if a woman can go to the NFL, then truly anything is possible!”

She tells girls today to “go for it 100 percent. Go for the sports you love, don’t let somebody else try to shape you and say that this is the sport you should play, or girls don’t play that sport.”

As for what Jen will tackle next in life, she refuses to speculate, and when asked what’s next, says, “I have no clue! That’s the challenge of being first. There’s no road map.” We have no doubt Jen will continue to color outside the gridlines and we approve—because as Jen herself might say, that’s living. 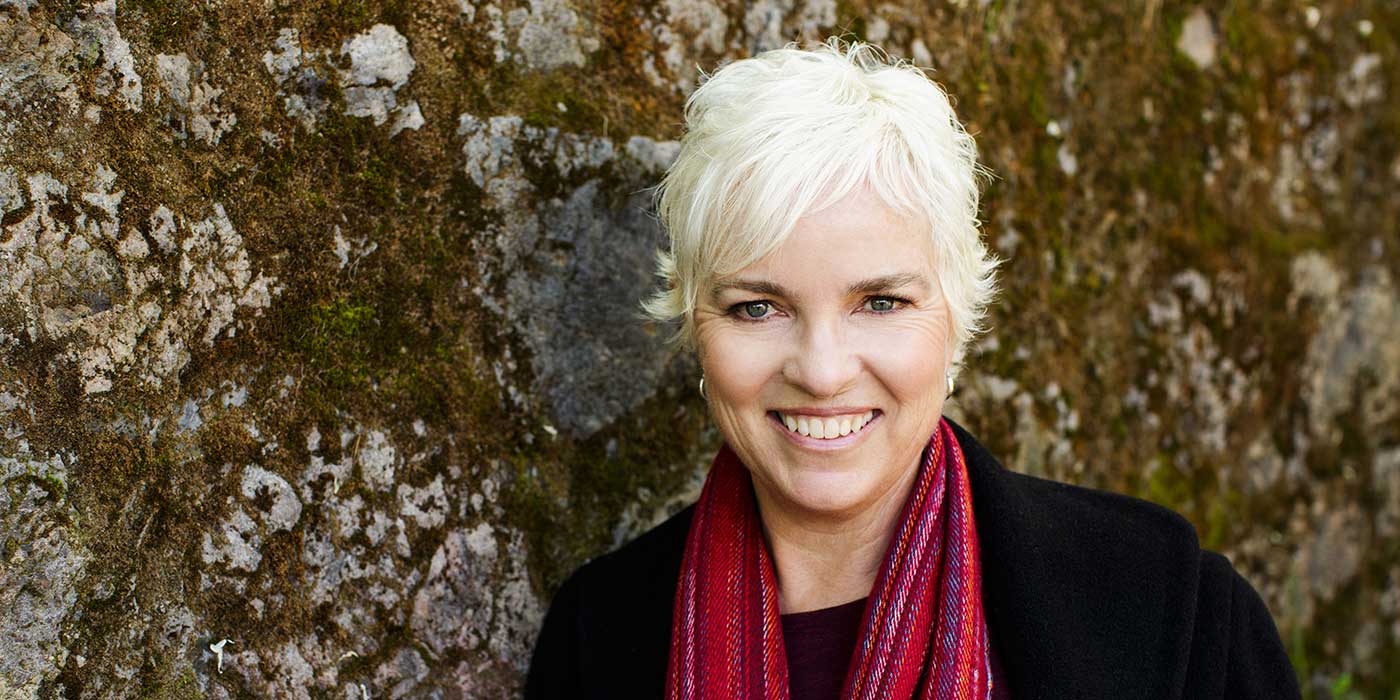 The Story Behind the LUNA BrandSometimes the simplest idea can become the most revolutionary, depending on the right kit… 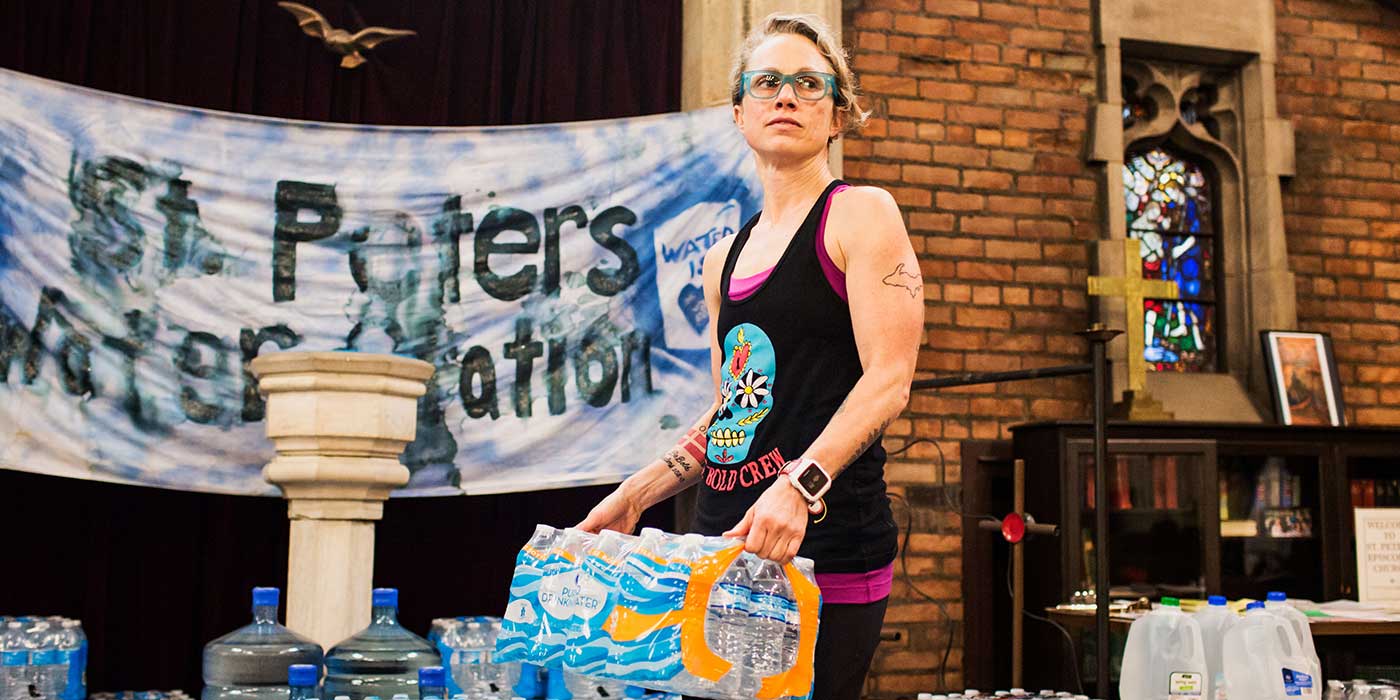