​The Freedom to Play 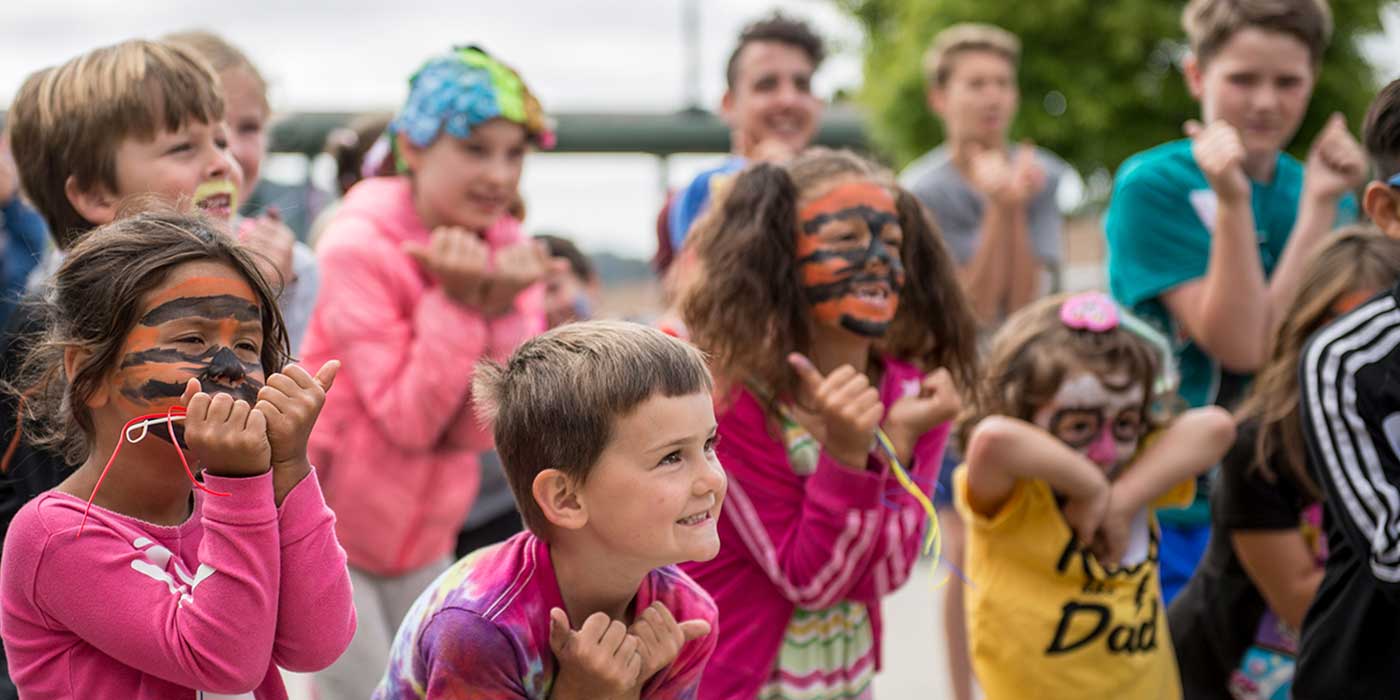 A gaggle of eager hands shoot into the air as a chorus of small voices yell, “Meeeeeee!” And a few minutes later the face-painted group of five-year-olds is racing across the playground, elbows pumping, legs churning, hair flying.

It looks like a typical scene from one of thousands of summer day camps across the country. And in most ways, it is. Like all kids everywhere, the kids at Rainbow just want to play.

But when you’re transgender, gender expressive, or gender non-binary, as these kids are, the simple joy of playing your heart out can be overshadowed by fear—fear that you won’t be able to be yourself, that other kids will make fun of you or bully you or out you.

Rainbow Day Camp in El Cerrito, CA, is a safe space for transgender and gender creative kids. At Rainbow, they can completely be themselves. They can wear whatever they want. They can be called by whatever name and pronoun they prefer. They can just be.

“Summer camp should be a magical experience. It’s not quite family, not quite school—just a place where you’re able to have fun and be free,” says Sandra Collins, who founded the camp in the summer of 2014.

Sandra was inspired to start Rainbow by her youngest child, Scarlett, who at age 2 refused Christmas gifts of legos and boy clothes that were “poo-poo colored.” Identified male at birth, Scarlett was clear from a very young age that she was meant to be a girl. She knew who she was.

When Scarlett was five, she had a bad experience at summer camp—a friend outed her as an anatomical boy. Although initially devastated by the betrayal, Scarlett was “incredibly resilient,” Sandra recalls, and by the end of the day had decided to forgive her friend and return to camp.

“Having a secret at age 5 is a really hard thing to carry,” Sandra says. “Just being able to relax and play and be silly is harder for kids who are fragile.”

Statistically, trans and gender non-conforming kids have it tough. While in grades K-12, transgender youth reported high rates of harassment, physical assault, and sexual violence.1 90% of transgender students have heard negative remarks about their gender expression in school. 2

That’s where Rainbow comes in. This summer, 45 kids ages 4-11 have found a safe space to play—and a community of people who look like them.

“Our camp counselors, they’re not role models, they’re ‘possibility models,’ as Laverne Cox says,” Sandra notes. “These kids worry about, ‘Is anyone going to love me? Am I going to be successful?’ Here, they can look at their counselors and see that they can grow up and be ok.”

Camp Director AK Kramer is one of those possibility models. They have been with Rainbow since the beginning, and they say all the counselors do everything they can not just to help kids feel safe, but to help them feel seen and heard.

“My favorite thing about Rainbow is just a feeling, really. Anything could be happening, we could be playing a game or reading a story or taking a nature walk, but it’s the essence about this space that feels empowering,” AK explains.

“I mean, it’s a bunch of children who know themselves better than most adults do! There’s something very reassuring about that, even as an adult.”

One of those self-aware children is Henry, a petite almost-8-year-old in a glittering gold minions tee with rainbows painted on both cheeks.

“If you’re telling a story about Rainbow, I want you to tell people about me,” he says. “You should say, ‘He is a gender fluid boy that wants to be a girl.’”

Henry adjusts his outfit, moving a rainbow ribbon from his neck to his waist while imagining what he’ll look like when he’s a girl.

“I think my name would be Kate. With a K. And I would have long, long hair in a ponytail. Dark purple hair.” (Purple is his favorite color.) “I would wear big black nerd glasses and a galaxy shirt with a mustache on it, a denim skirt and galaxy shoes that had lace,” Henry pauses and considers for a moment, then nods in satisfaction. “Yes, and I would always be really happy.” 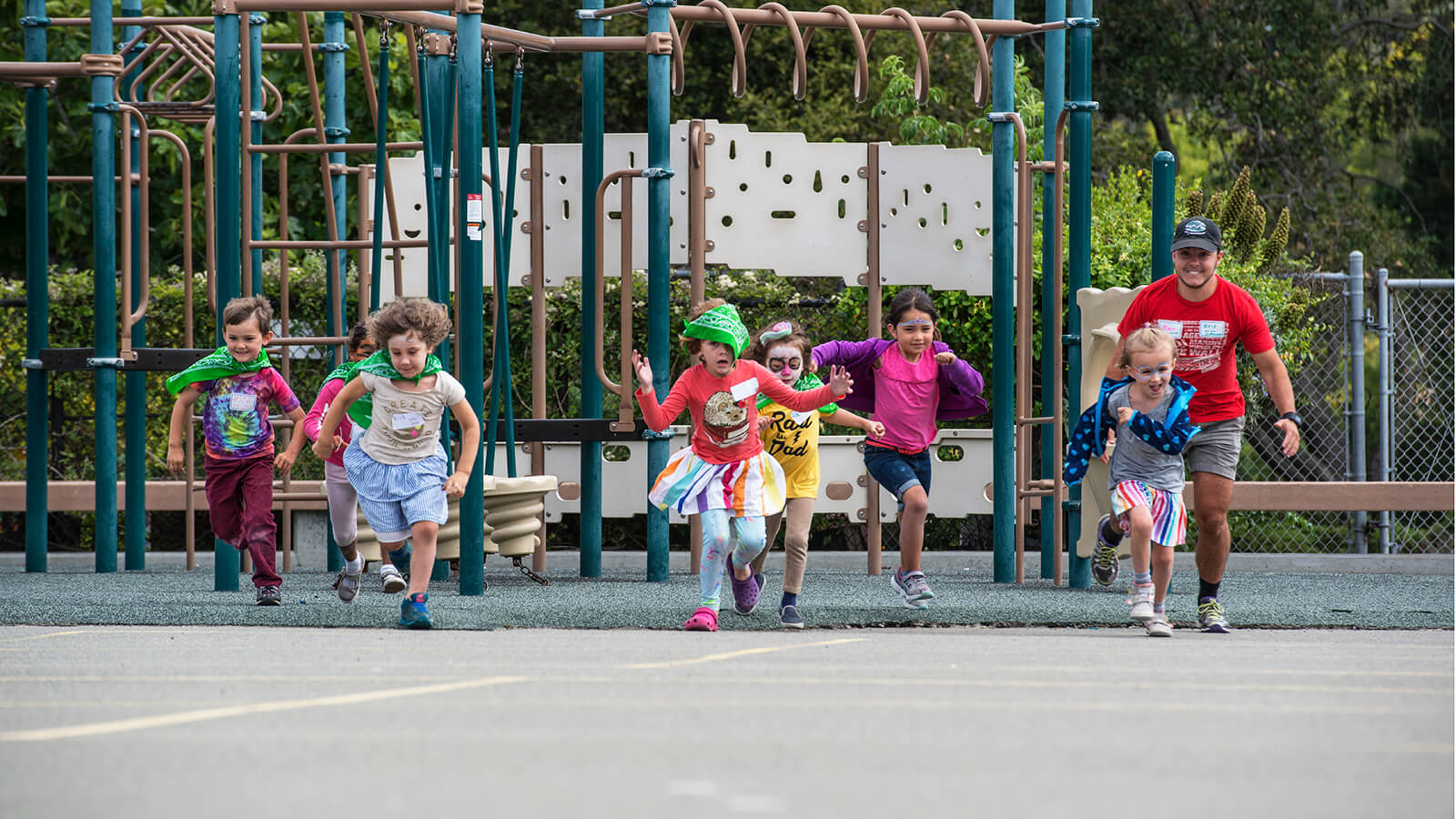 Across the playground, Kris the camp counselor is being chased by a herd of five-year-olds in a game of Big Bad Wolf. It’s superhero week at camp, and all the kids have decided on their super powers: Laser fire! Ice power! Telekinesis! The kids fire imaginary powers from their fingers as they surround Kris and climb him like a tree, giggling all the way.

In a room just a few yards away, the 8- and 9-year olds are surrounded by piles of fabric and tulle and tinsel. They’re busily crafting costumes, which they’ll model at the end of the week in a camp fashion show.

Scarlett, now 9, is there, turning sparkling orange netting into a goldfish. Her friend Logan, also 9, is eager to talk about what makes Rainbow special: “It’s very fun. You can make stuff and there’s, like, water day and wacky hair day.”

A camper named Noah (Neo to their friends) interrupts to say that today is actually wacky hair day, pointing to their own wild pink locks as an example.

“If you come here, you can feel free,” Logan continues softly. “It’s ok to be yourself and nobody can judge you.”

That freedom and confidence and pride are exactly why Rainbow exists.

“Kids don’t have to edit and make themselves small. They can be as big as they want to be,” says Sandra. “They can just be kids.”

(1) Grant, Jaime, Lisa Mottet, and Justin Tanis (2011): Injustice at Every Turn: A Report of the National Center for Transgender Equality and National Gay and Lesbian Task Force 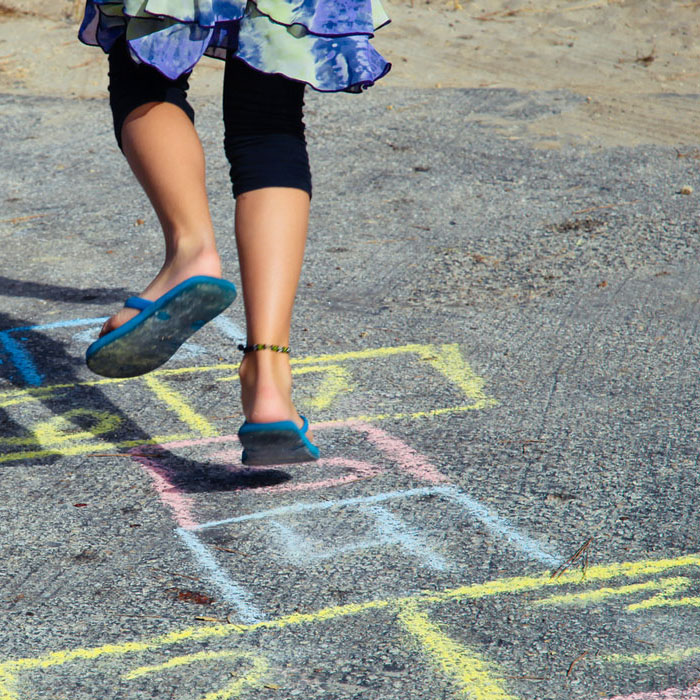 Some days there’s just no time for exciting excursions out and about, but you can make your own fun right there at home.…

Take the Kids Along for the Ride

“Less driving, more riding!” shouts seven-year-old Milo Porter as he carves through the final turns of a singletrack tha…