“I try my best to do what I think is right.”

Growing up on Oahu’s North Shore, professional surfer John John Florence has been immersed in the ocean his entire life. At the age of 27, John John is the youngest winner of the Triple Crown Championships and has earned the WSL World Championship titles in both 2016 and 2017, as well as an Eddie Aikau Championship in 2016.

It’s obvious that John John has a passion for ocean sports, as he can often be found sailing and bodysurfing, in addition to seriously competing in surfing. Outside the water, John John also makes an effort to spend time enjoying the natural beauties around him on land, often capturing those moments through video and photography. John John prides himself on being a steward of the land, consistently looking for ways to lessen his own footprint and leaving his surrounds better than he found them.

John John Florence By The Numbers

1
of 5 surfers to win back to back World Titles
1
Broken back from surfing Pipeline
2
Johns - he was named after JFK Jr.

Where is your favorite wave?
My favorite place to surf is pretty much anywhere on the North Shore. I can walk to ten different waves with each being technical and unique in its own way, which I like.

What are you passionate about besides surfing?
I have tons of hobbies, but I am really interested in bees and harvesting honey, so I put a hive in my yard and I’ve been trying to learn about it since then. I hope to eventually have more hives to share honey with my family, friends, and community. 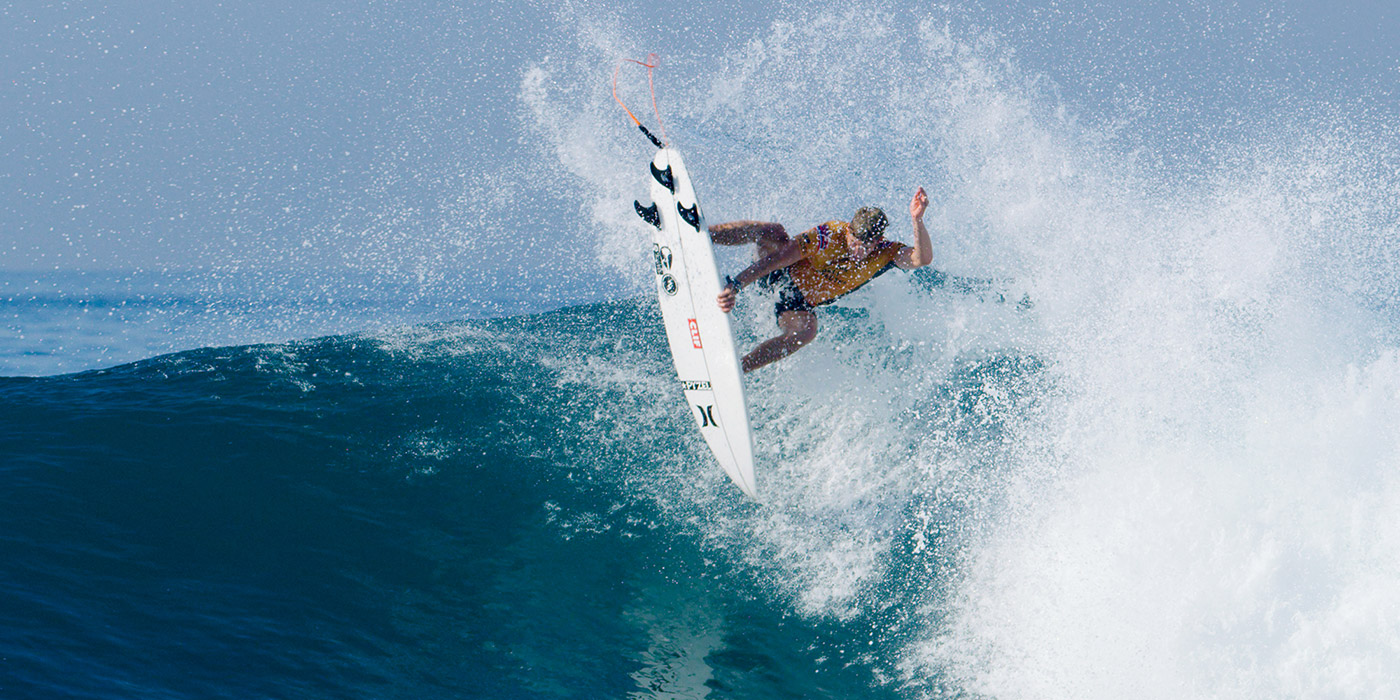 The professional surfer and filmmaker joins the CLIF family. At 26-years-young, John John Florence has become a dominan…

It’s true: CLIF Bar athletes are among the best in the world in their individual sports. They’re dedicated, hardworking,…