At LUNA®, we have always nourished equality. From closing the World Cup roster bonus pay gap for the USWNT Players to fighting like hell to elevate women’s voices across the world. And we won’t stop until we are all equal. Not someday, but now.

The USWNT Players caught our attention in 2016 when they spoke up to demand equality. We were shocked to learn that, for women, their roster bonus was $31,250 less than the men – for the same work. This got us pretty fired up to do something. So we gave each of the 23 women named to the 2019 World Cup team the $31,250 difference to make their roster bonus equal to the men’s.

As the Official Nutrition Bar of the USWNTPA, we wanted to continue to honor them as champions and equal pay warriors. So, in recognition of their kick-ass achievements, along with all the strong and inspiring women everywhere fighting for equal pay, your favorite LUNA flavors are sporting new limited-edition packaging. This Equality Bar is not just a LUNA Bar, it’s an unstoppable force for change. Because equality can’t wait for someday. Someday Is Now®. 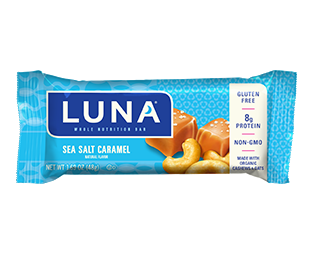 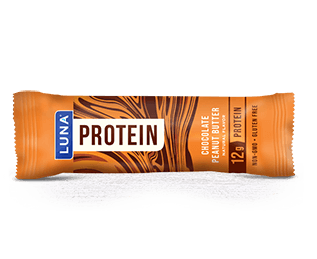 Stand up for equality with our limited-edition packaging. Because we are stronger when we fight for equality together. Refreshing and sweet, the LUNA® LemonZest® bar is a creamy citrus dream of a perfect summer's day. With 8 gluten-free grams of protein and our signature organic rolled oats, you'll have all the zest and energy you need any time life gives you lemons. Learn more about our ingredients.

EQUALITY IS A TEAM SPORT

Confused About Nutrition? Here's What You Should Know.

See All Our Stories